Home » Things To Do In Broadstairs

Things To Do In Broadstairs

With the UK’s often inconsistent weather, it’s easy to forget that there are some amazing beaches and seaside towns to explore without venturing abroad.   One of my personal favourites is Broadstairs. My grandmother lived here, and we would visit every summer as kids. It’s the quintessential seaside town, with colourful beach huts, fish and chips and sandy beaches. 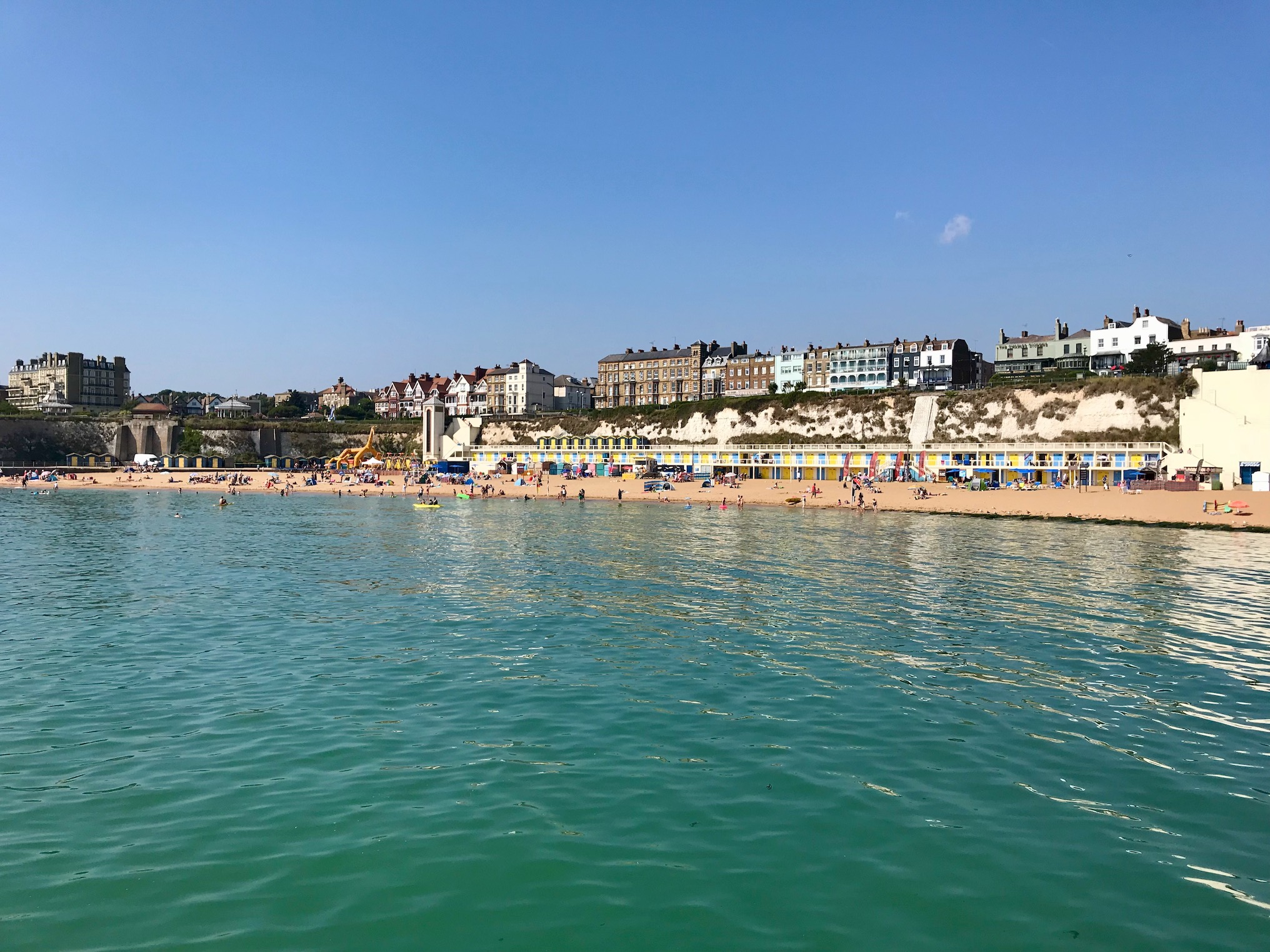 Things to Do in Broadstairs

Broadstairs has seven gorgeous beaches! In the summertime, spend a day or two relaxing on the sandy Viking Bay, lined with colourful beach huts. You can learn to surf on Joss Bay or admire the white cliffs at Botany Bay. 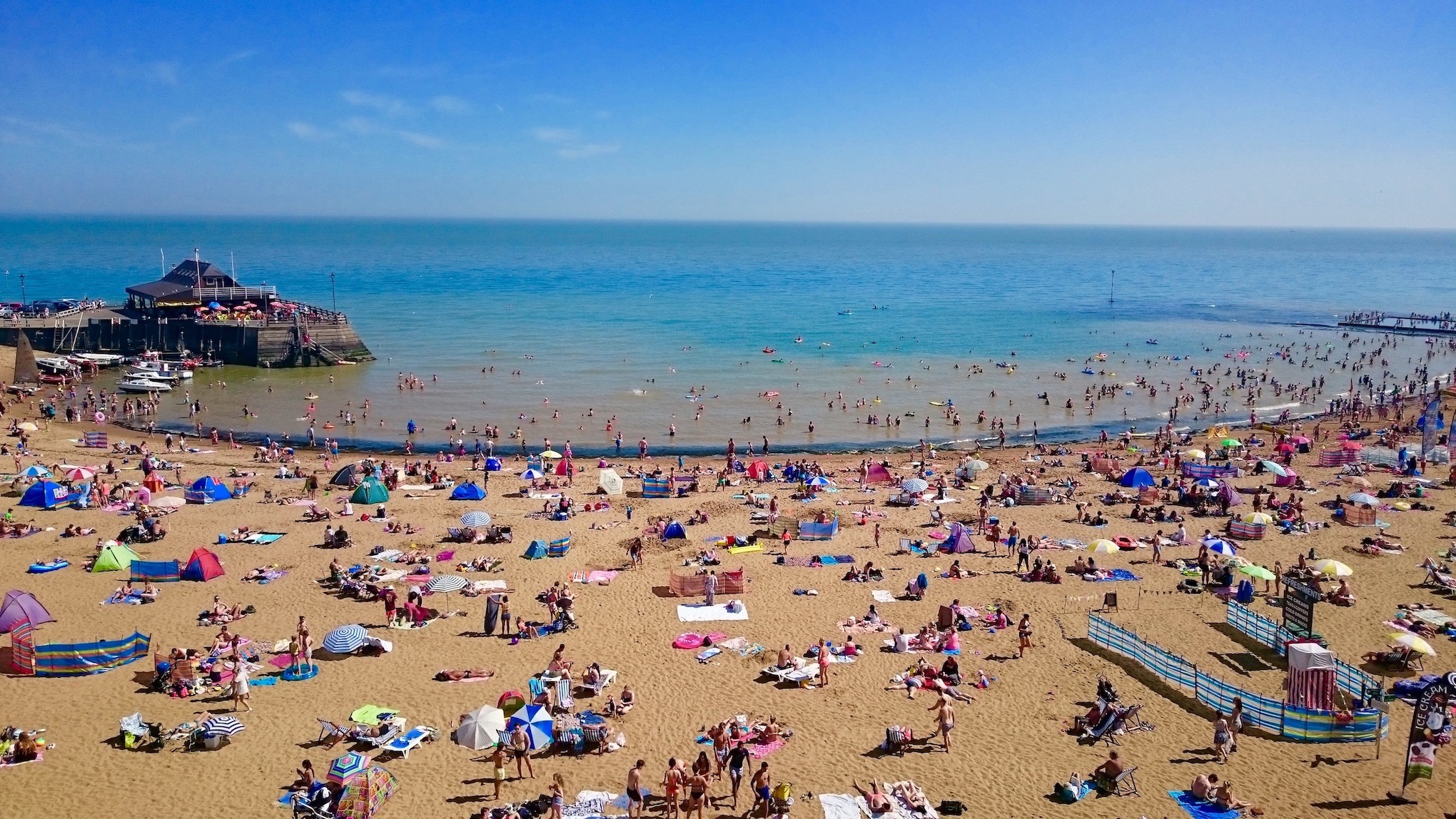 Unleash the big kid inside of you and have a go on the helter-skelter at the funfair. 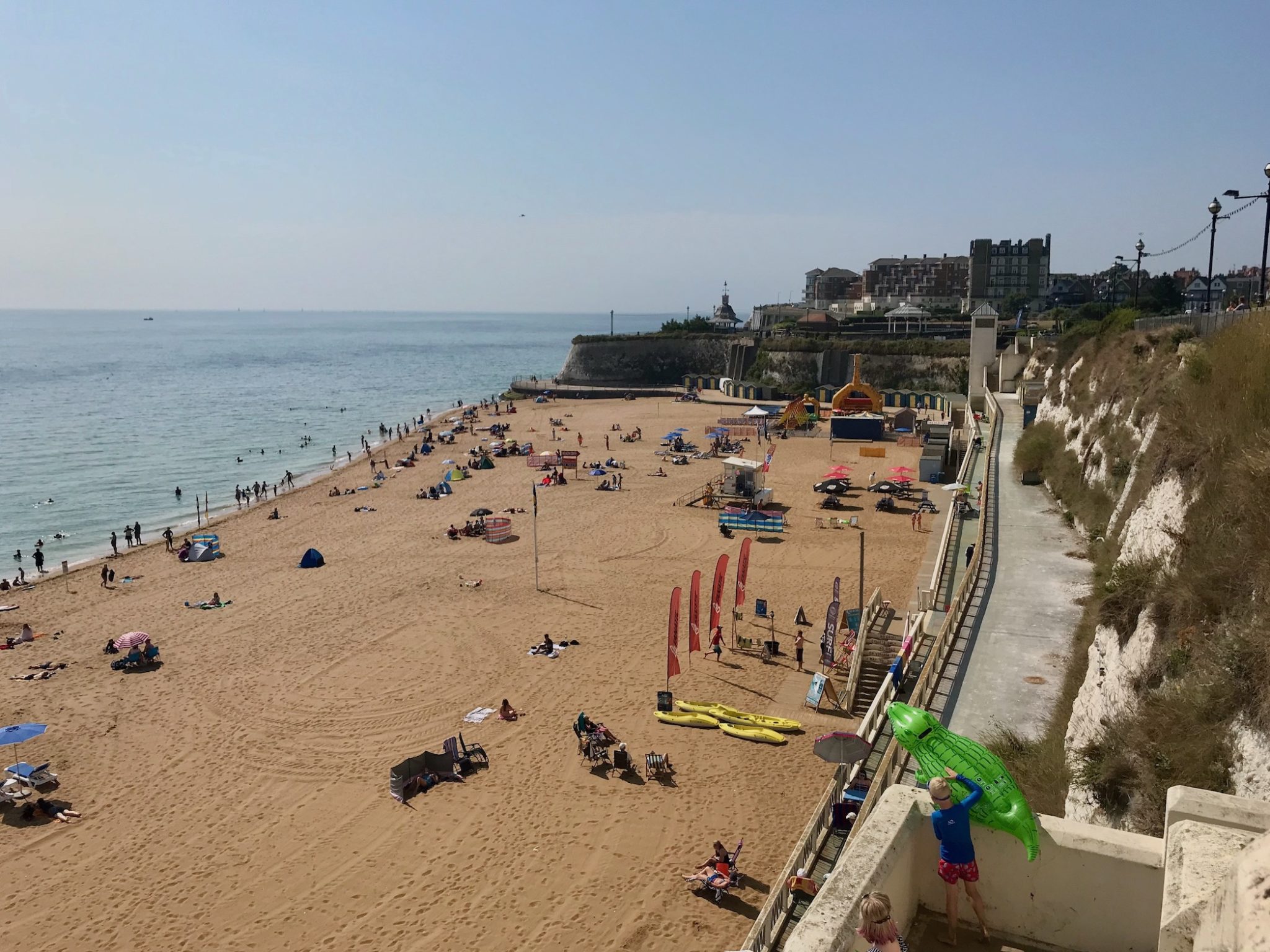 This is something my grandma loved to do. Head to the pier, buy some cockles and eat them while enjoying the view of the beach. 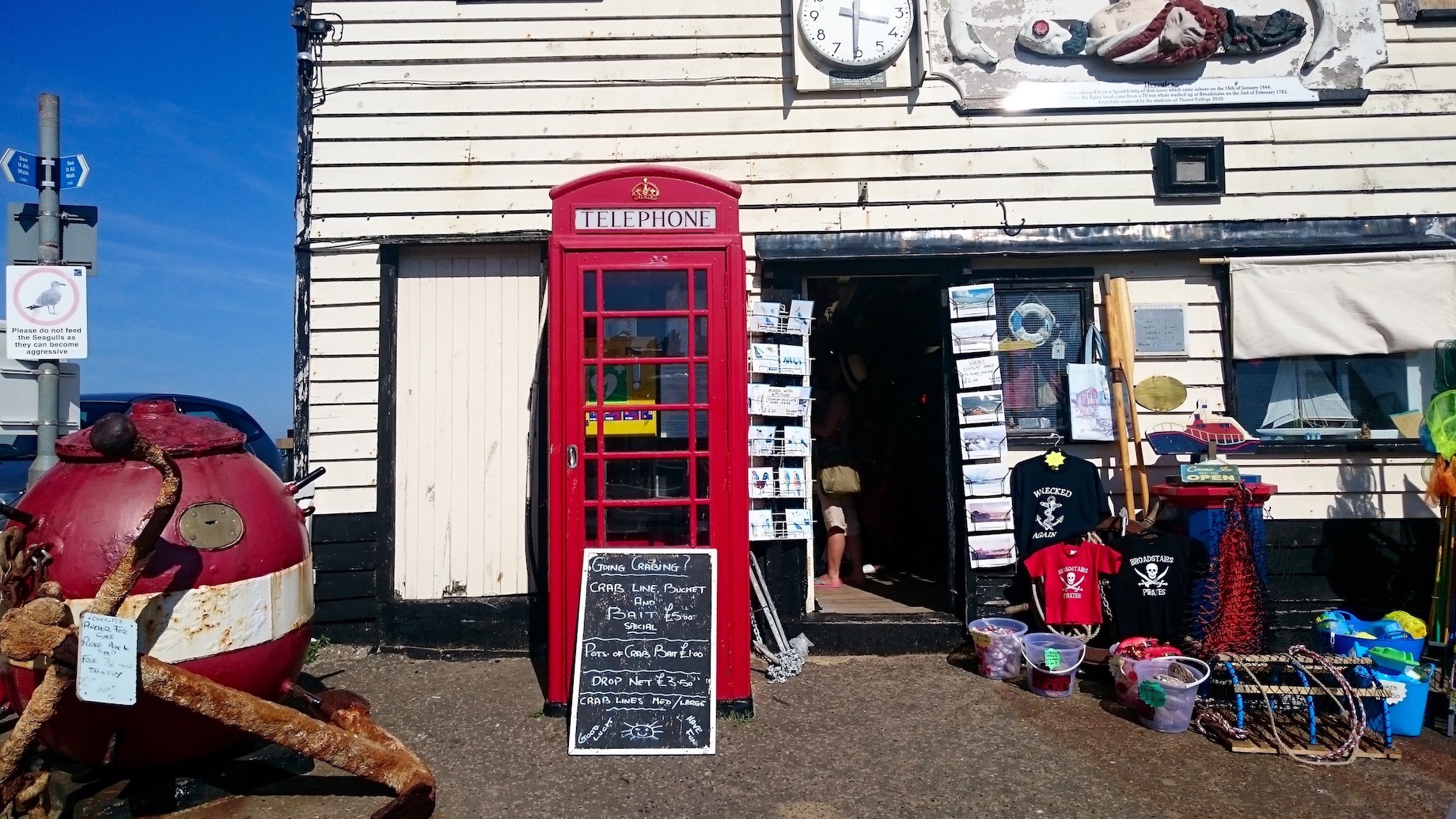 No visit to the English seaside would be complete without a visit to the arcades, to get rid of some 2 penny coins!

Have an Ice Cream at Morelli’s

Broadstairs is also home to Morelli’s Ice Cream Parlour, which has been running since 1932. It serves the most amazing ice cream sundaes, especially the knickerbocker glory, and is decorated in an art deco style – with pink everything and a shell fountain! 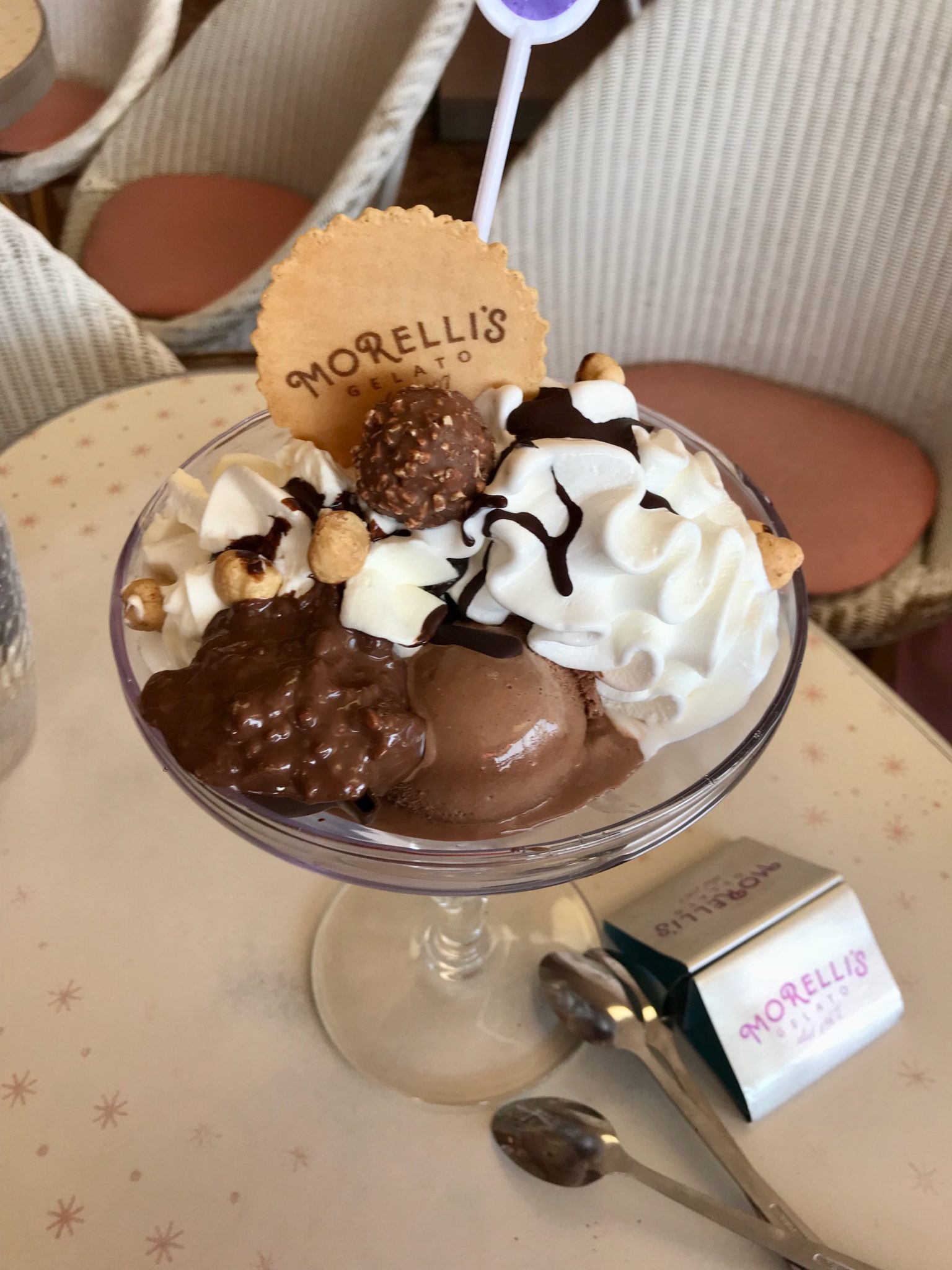 Stroll Along The Parade

After consuming all that ice cream, it’s lovely to stroll along the Parade, which extends the length of the Bay and has great views of the beach and lots of lovely restaurants, cafes and shops on the way.

Learn about the legendary author Charles Dickens. The museum is located in a cottage that was Dickens’ inspiration for the home of Betsey Trotwood in David Copperfield.

Pimms At The Pavilion

Enjoy a Pimms or a glass of vino at Broadstairs Pavilion, overlooking Broadstairs Beach. It’s a lovely spot to spend an afternoon.

As well as the beach, Broadstairs has some fantastic restaurants including a great Tapas bar called Albarino, which is situated on Albion Street, just above the beach and Wyatt and Jones by the harbour which does great brunches (among other things). 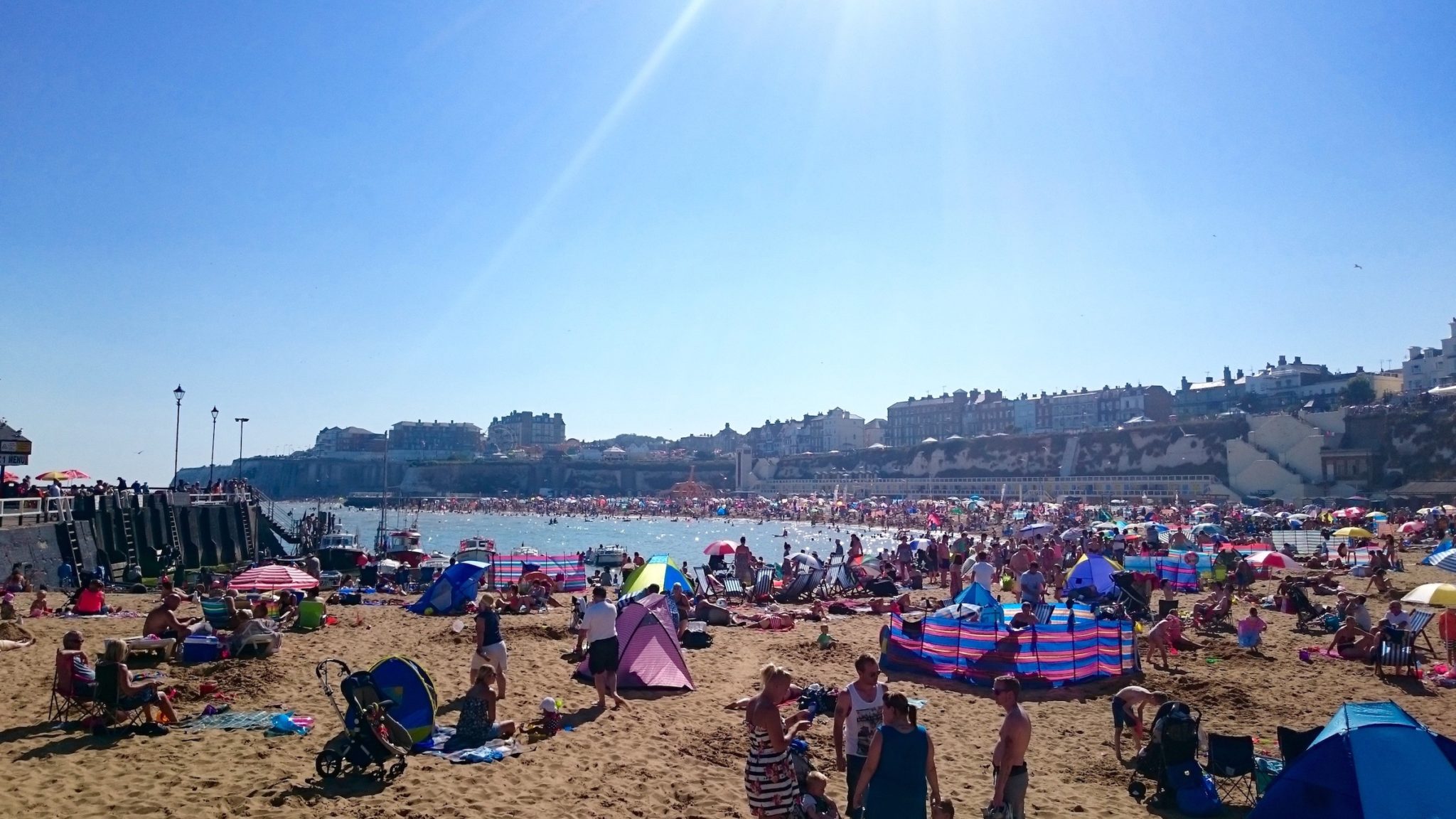 How to Get to Broadstairs

Situated between Margate and Ramsgate in Kent, it’s an hour and a half to reach from London by train. From the train station, it’s a 10 minute walk downhill to the beautiful sandy beach.

Volunteering – A Different Way to Travel

Kakadu Itinerary – How to spend 4 days...

Where to stay in Sardinia – Sardinia Accommodation

Blue Mountains Itinerary – 3 Days in the...