Margaret River, Australia was my grandma’s favourite place. She used to visit Perth every year as my uncle, aunt and cousins live there and she would often make the trip south to Margaret River. I visited once when I was 15 and though we didn’t stay for long, I could see why she liked it so much. Since I’ve been back in Australia I’ve been meaning to make a return visit. Enrico and I decided to head over at Easter and catch up with family in Perth on the way. 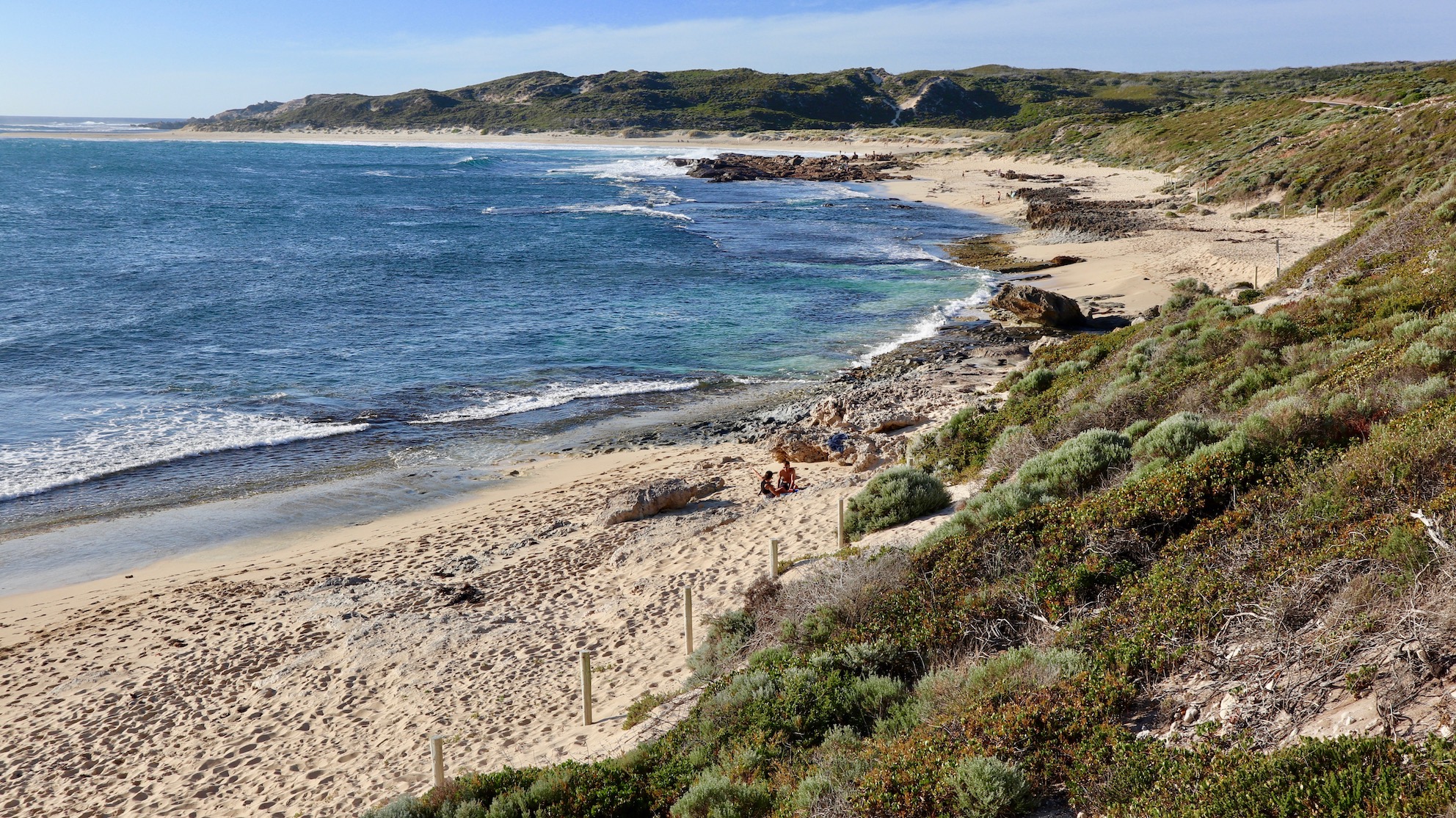 So what is so special about the region? It’s home to some of Australia’s most premium wineries, has world-class surf and some stunningly beautiful beaches. I definitely agree with my grandma – there is something special about Margaret River.

What To See & Do In Margaret River, Australia

There are over 150 cellar doors in the region. The easiest way to enjoy them is by joining a wine tasting tour (so no one has to drive). We chose a winery and brewery tour with Bushtucker Tours, which visited a mixture of small winemakers and larger wineries. The climate is very similar to the Mediterranean and produces many of the same wine as Bordeaux, including Cabernet Sauvignon, Merlot, Sauvignon Blanc, Sémillon and Cabernet Franc. A Bushtucker Winery and Brewery tour costs $110 AUD per person. 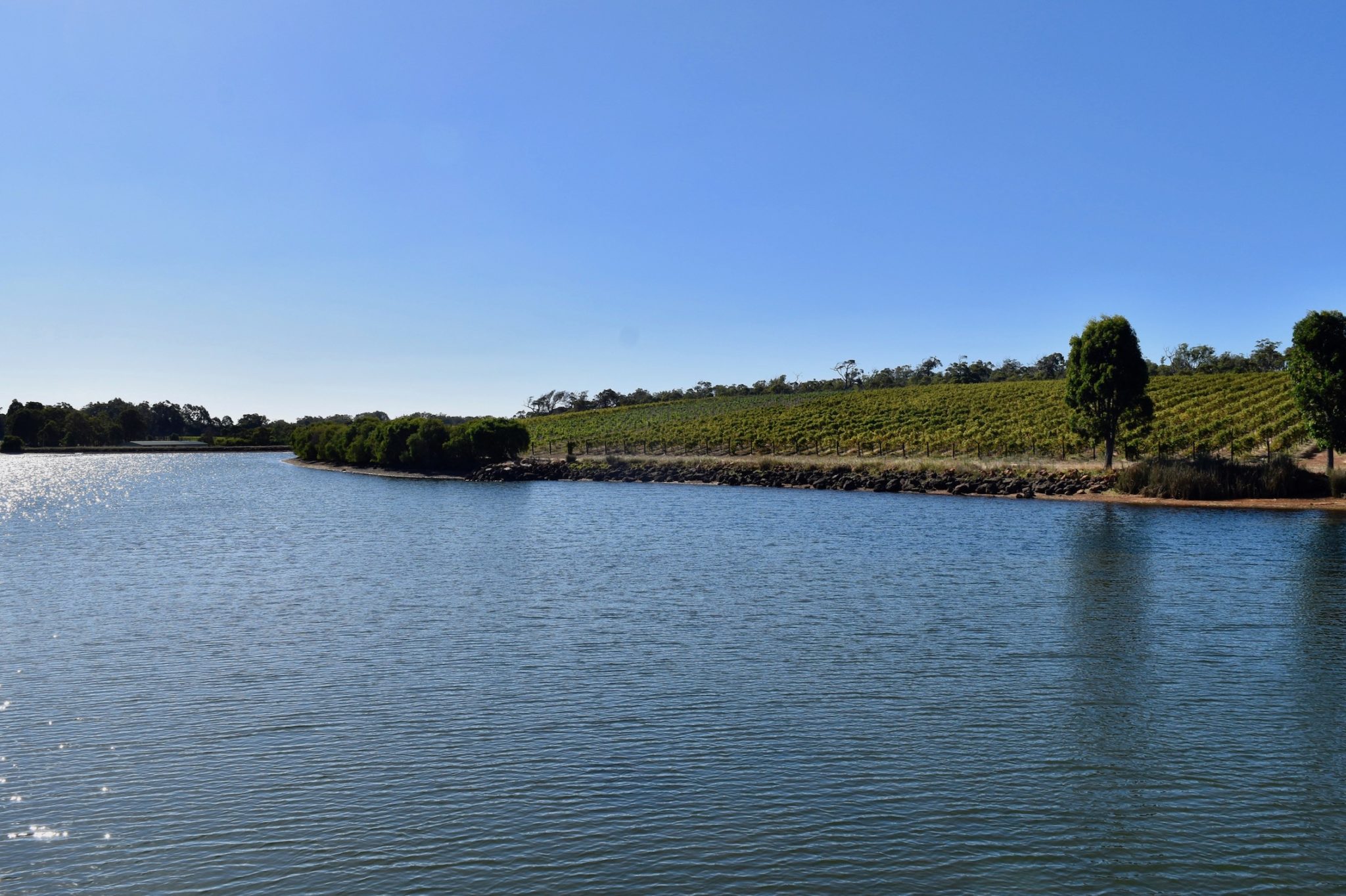 If you’re an experienced surfer, then Margaret River has some impressive surf breaks to try out. Cow Bombie and The Box offer some pretty massive waves, especially in the winter. The Margaret River Pro takes place in the Autumn, and professional surfers head to take part in this leg of the WSL World Championship Tour. There are also great breaks and beaches for beginner surfers too (like me!). Margaret River Surf School offers group and 1:1 lessons at Redgate Beach. A 2-hour surf lesson with Margaret River Surf School costs $50 AUD. 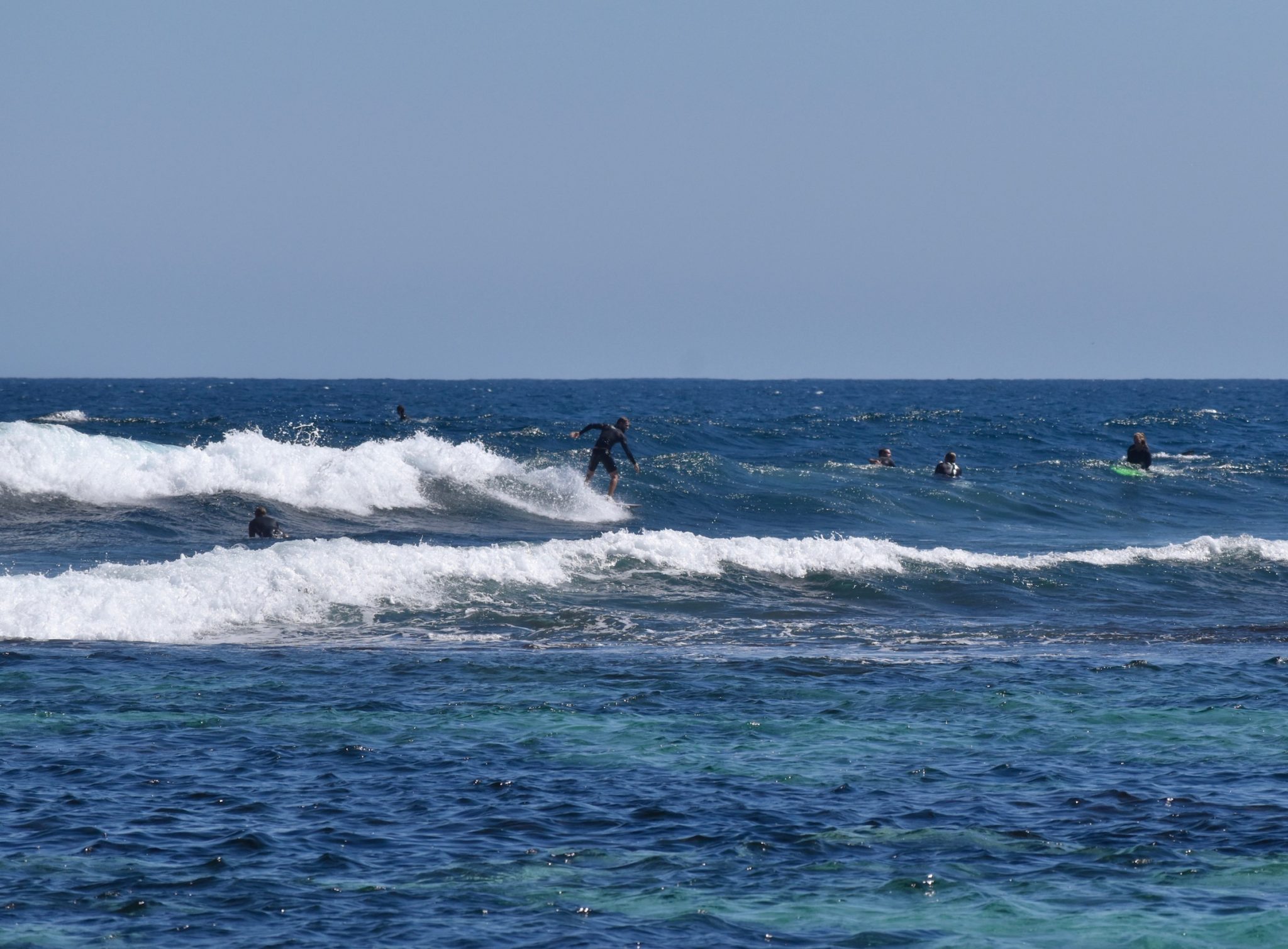 If you’re after surfing of a different variety, the area is also popular with windsurfers and kitesurfers. We didn’t try it but watched some pretty impressive displays at Prevally. 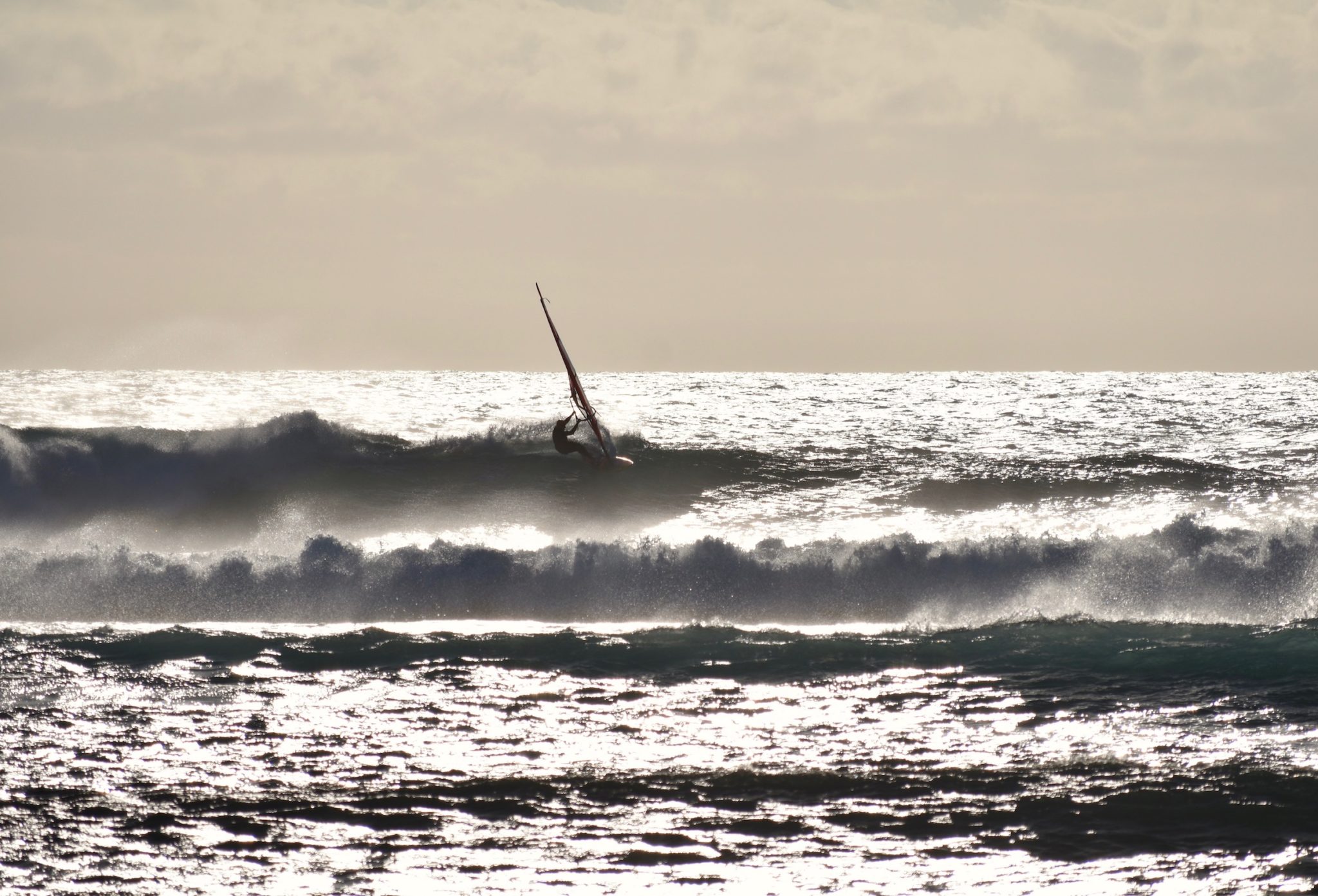 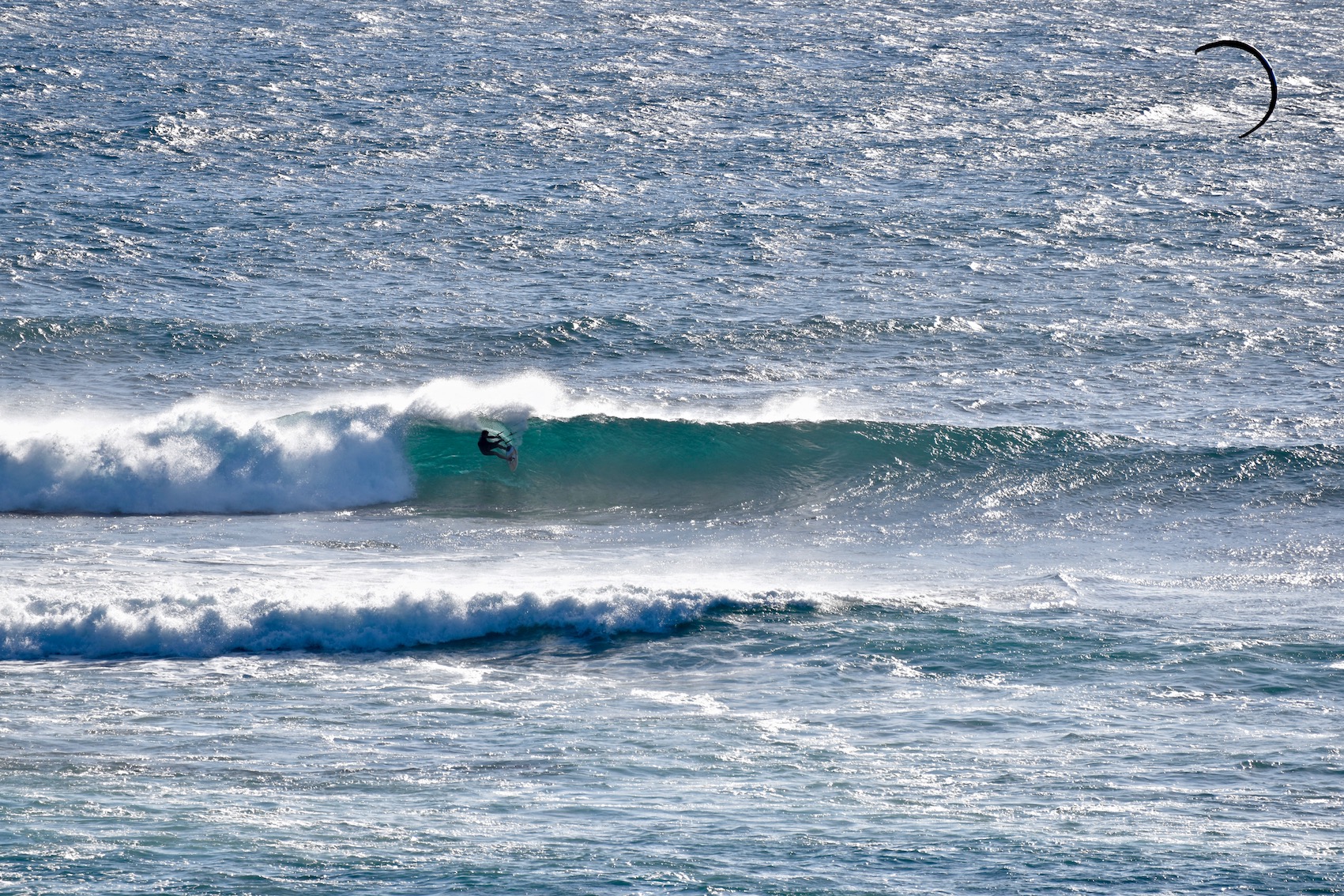 A kitesurfer at Surfers Point

Busselton Jetty is the largest wooden jetty in the world! It is almost 2km in length and has an underwater observatory at the end, with a 360-degree view of the ocean 8m deep. It makes for a lovely walk, but there is also an electric Jetty Train to take you there and back. 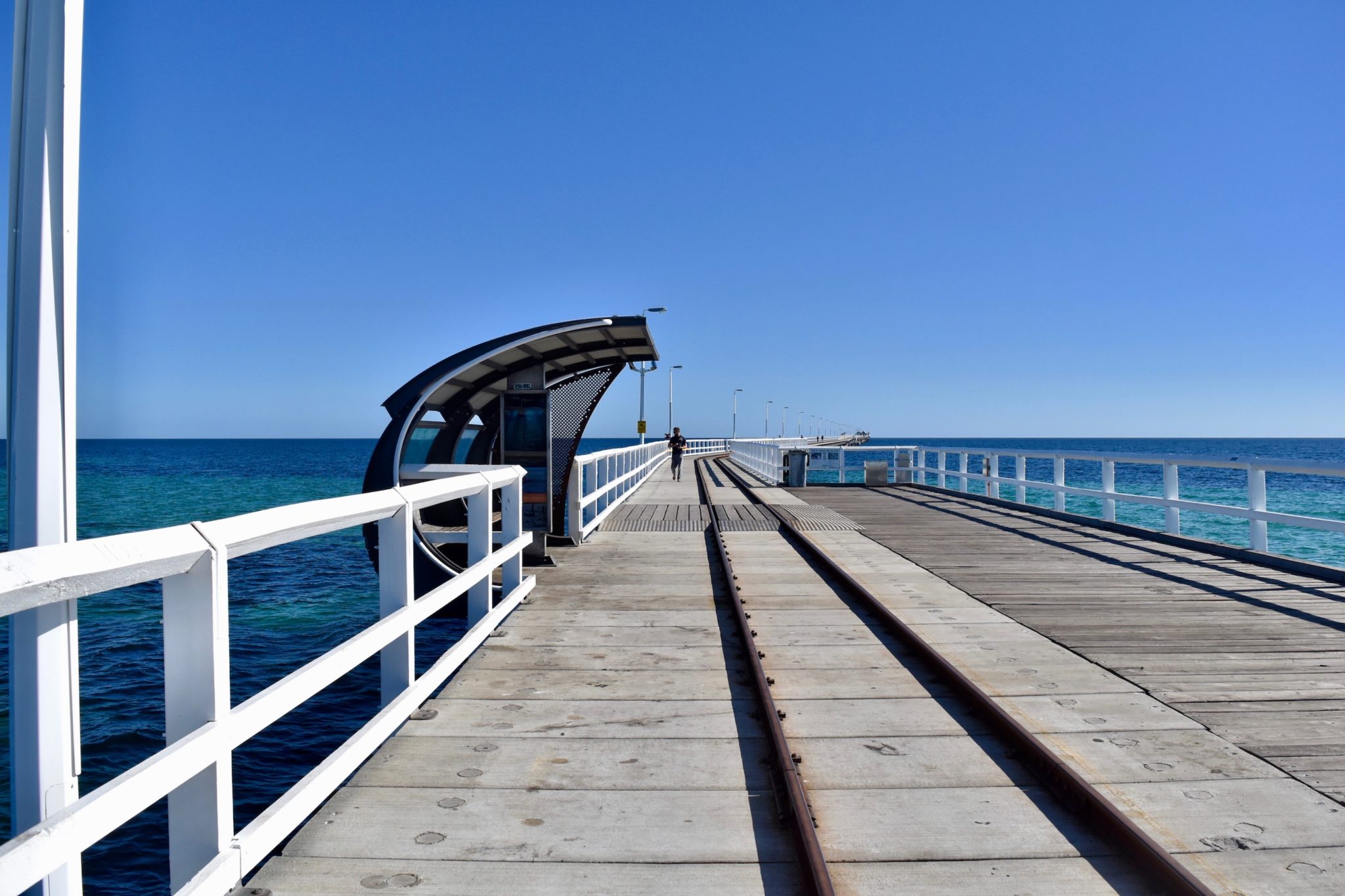 Humpback and blue whales migrate from Antarctica along the coast every year between June and November. If you’re lucky you might spot them from the shore (Cape Leeuwin Lighthouse is said to be a popular spot to see them). Or you can take a whale-watching cruise to get a little closer. It’s also common to see dolphins enjoying the surf. They made an appearance while Enrico was surfing in Yallingup and again when he was fishing in Geographe Bay. 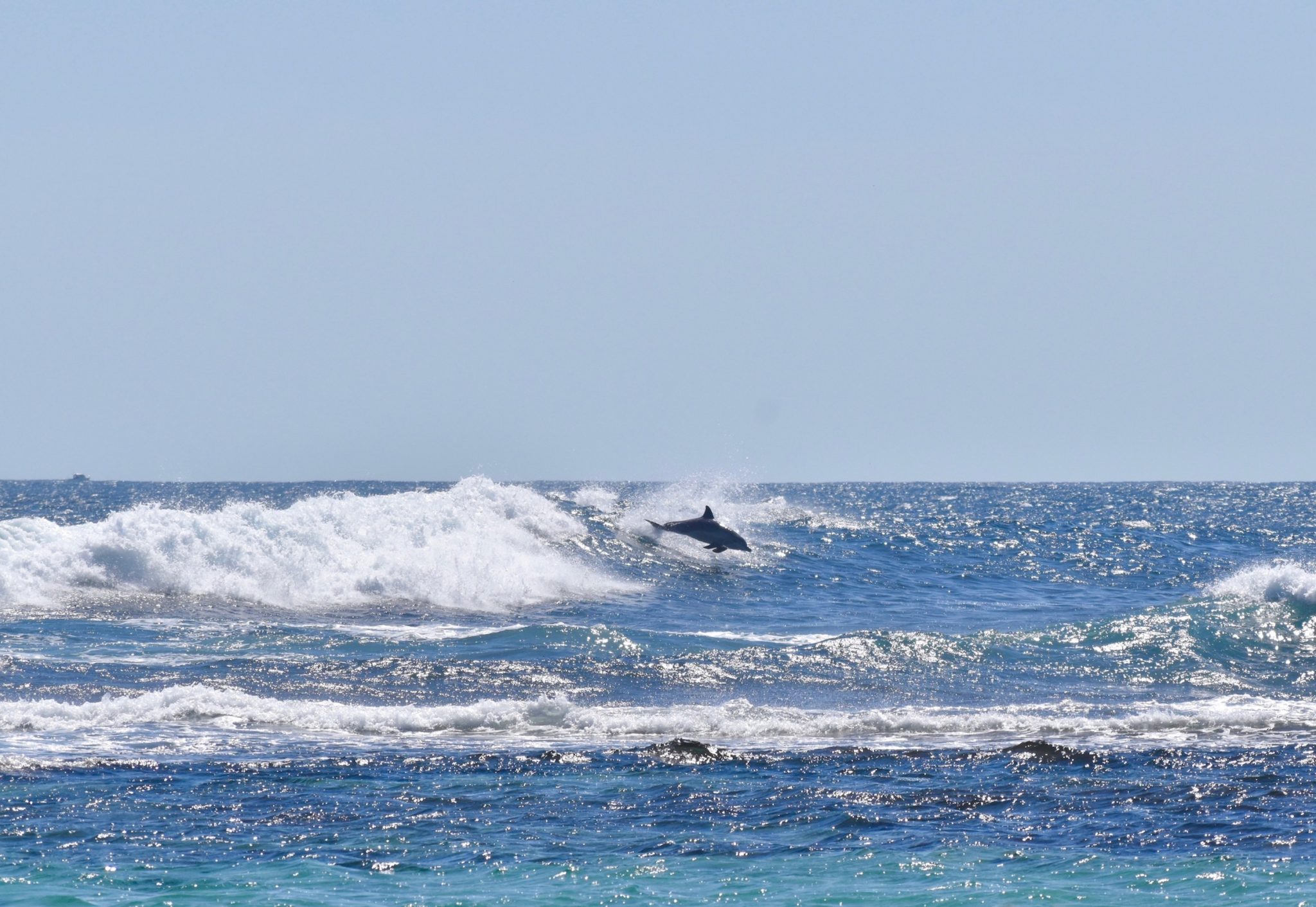 The beaches in the Margaret River regions are incredible, a mixture of long sandy shores and small rocky bays. We managed to get to 8 different beaches during our stay, but there are hundreds to choose from with 200km of coastline. 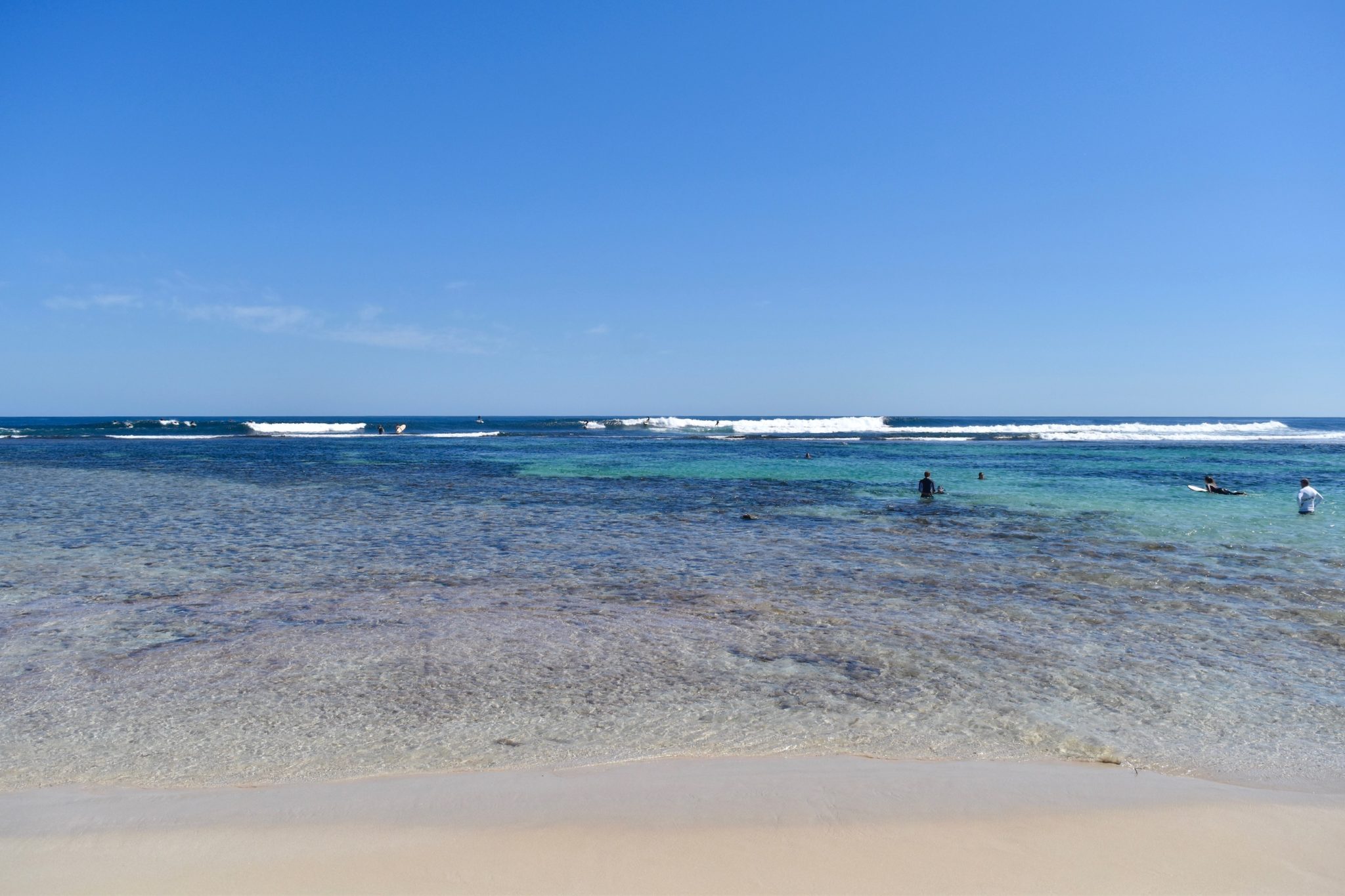 I’d read that it was often possible to see stingrays at Hamelin Bay beach and was keen to check it out. The beach itself is beautiful, with limestone rocks at one end and a long sheltered bay, perfect for swimming. There were lots of fishermen and it turns out this is why the stingrays visit – to eat the leftover scraps. We saw them soon after we arrived and they came straight up to the water’s edge. I’ve seen rays before, but never this large and never so close. 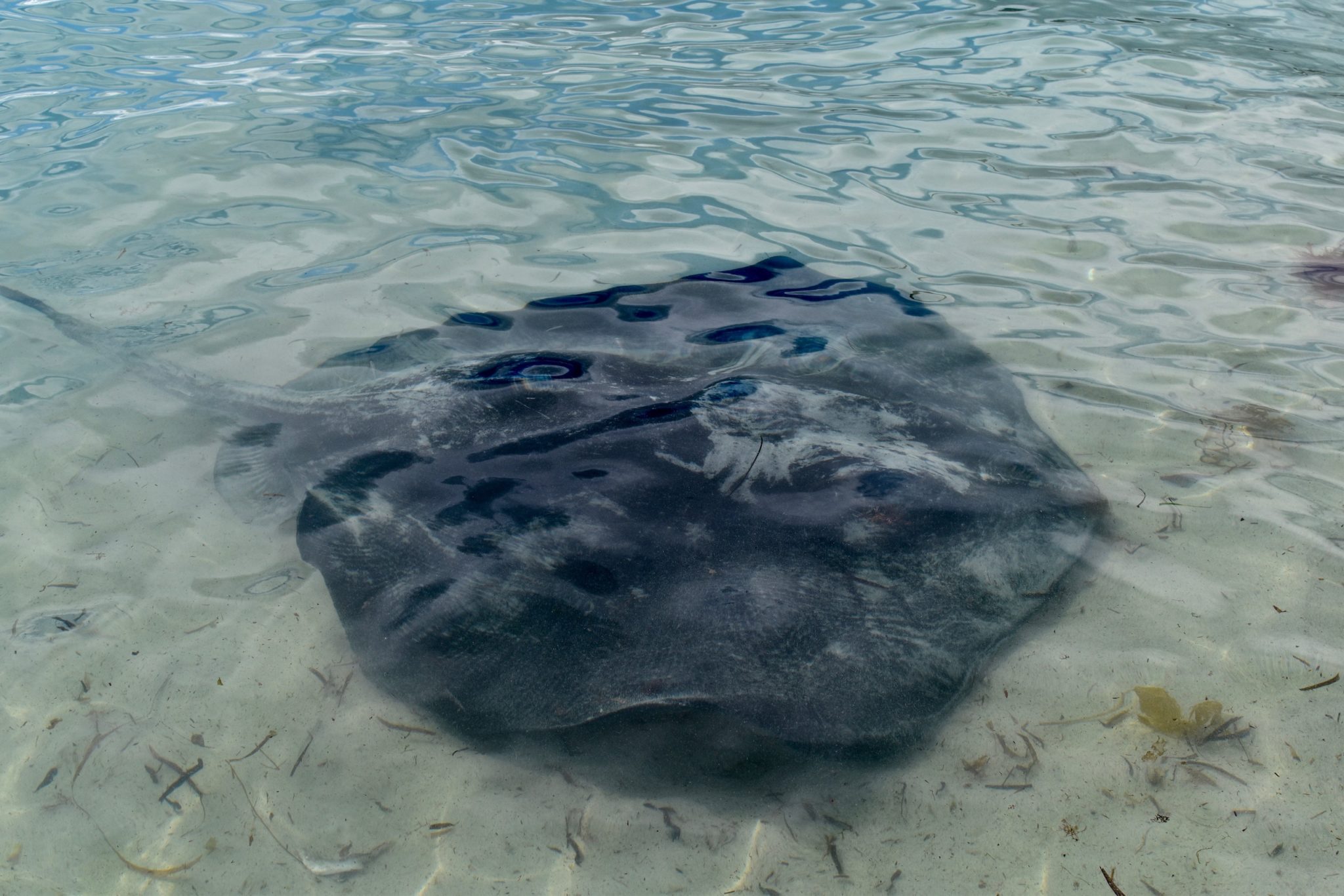 A stingray at Hamelin Bay beach 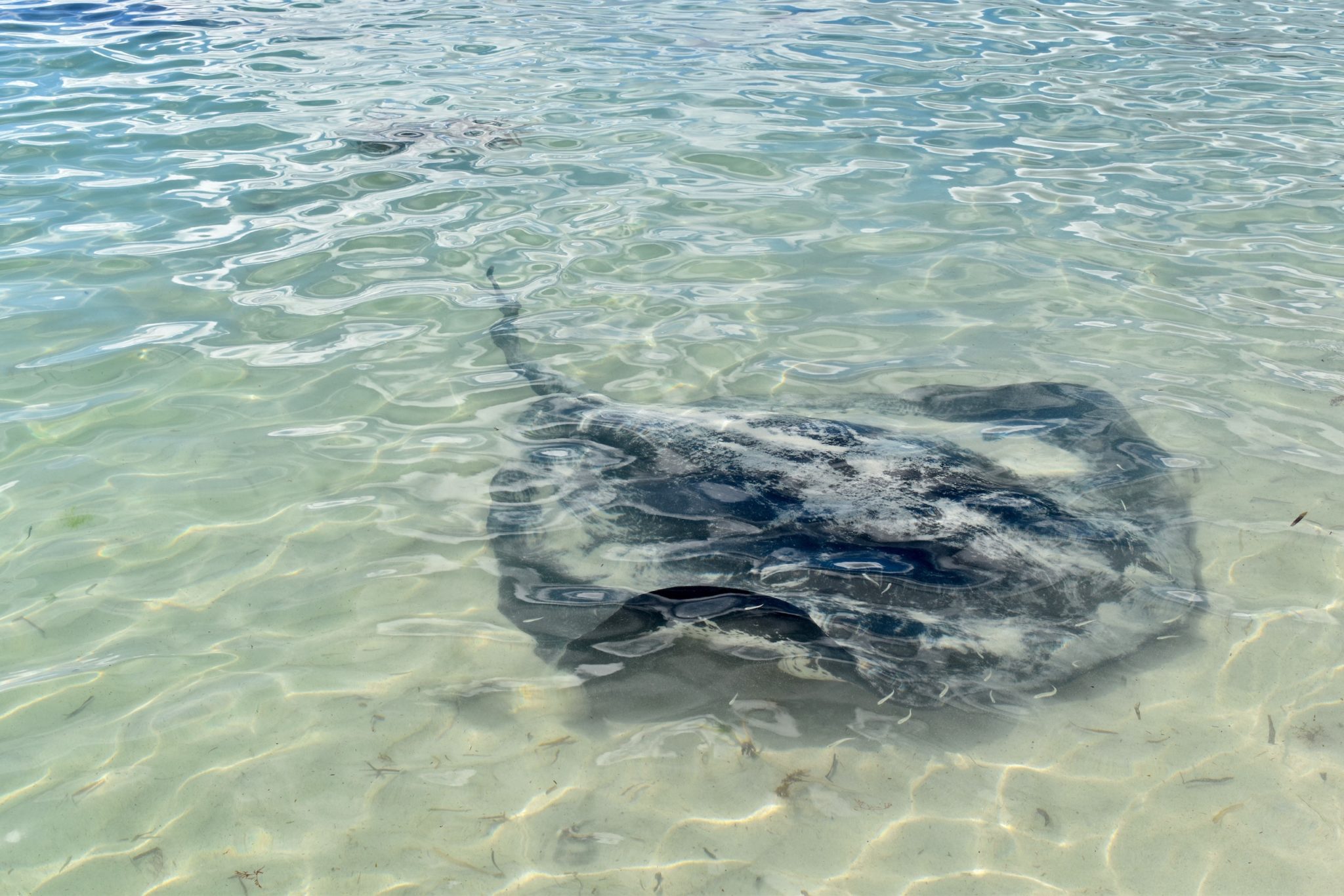 A stingray at Hamelin Bay beach

The full cape to cape track runs from Cape Leeuwin to Cape Naturaliste – 135 kilometres of stunning coastline. It’s Australia’s longest coastal walk and takes around 6-7 days to complete. Whilst we didn’t do the full track, we visited many of the beaches on the route and got a glimpse of how beautiful a hike this is, featuring stunning beaches, cliffs and limestone caves. 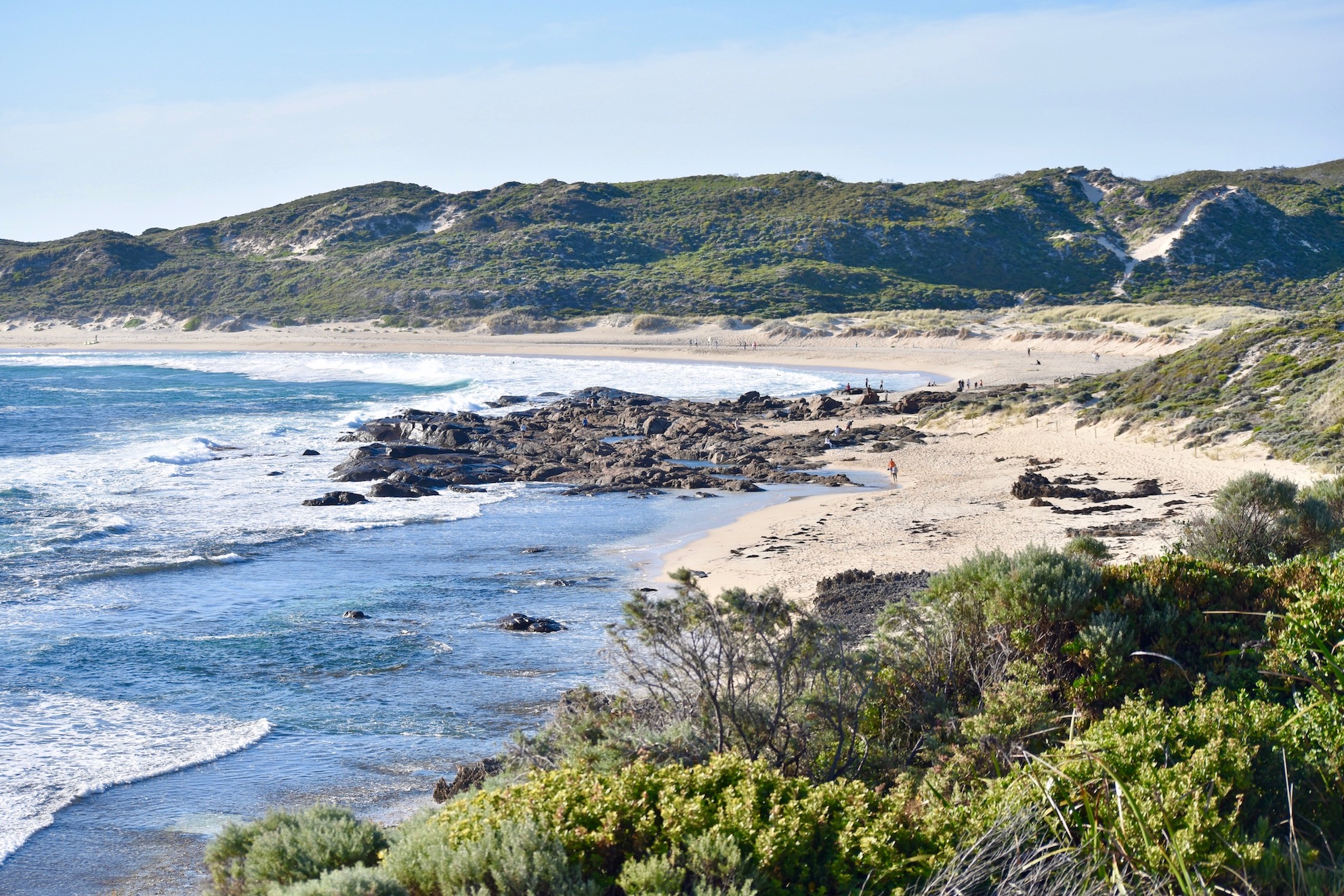 Prevelly on the Cape to Cape Track

Located where the Southern Ocean and the Indian Ocean meet, Cape Leeuwin is Australia’s tallest mainland lighthouse. Built in 1895 on a rocky peninsula, the lighthouse is still in use today and stands at the most south-westerly point of Australia. 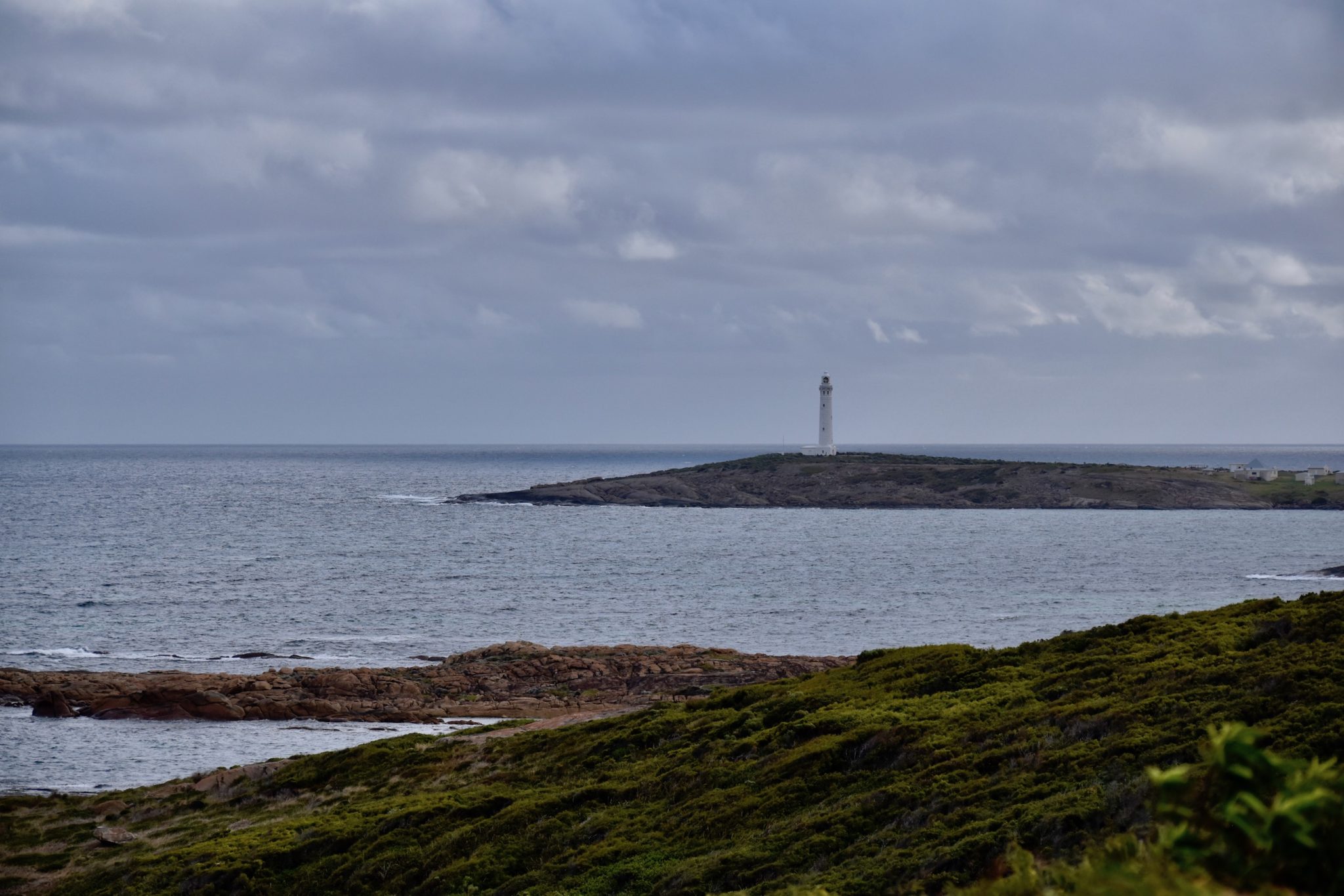 Enrico is a very enthusiastic fisherman, so of course, wanted to see what he could catch this side of the country. Massive schools of salmon make their way north in the autumn, and so it’s a popular fish to try and catch from the beach. Although he didn’t catch any, he was engulfed by a school while surfing in Yallingup! He did, however, manage to catch flathead and whiting from Smiths Beach and Geographe Bay, which we cooked on the BBQ. There are also fishing charters that head out to catch West Australian Dhufish. 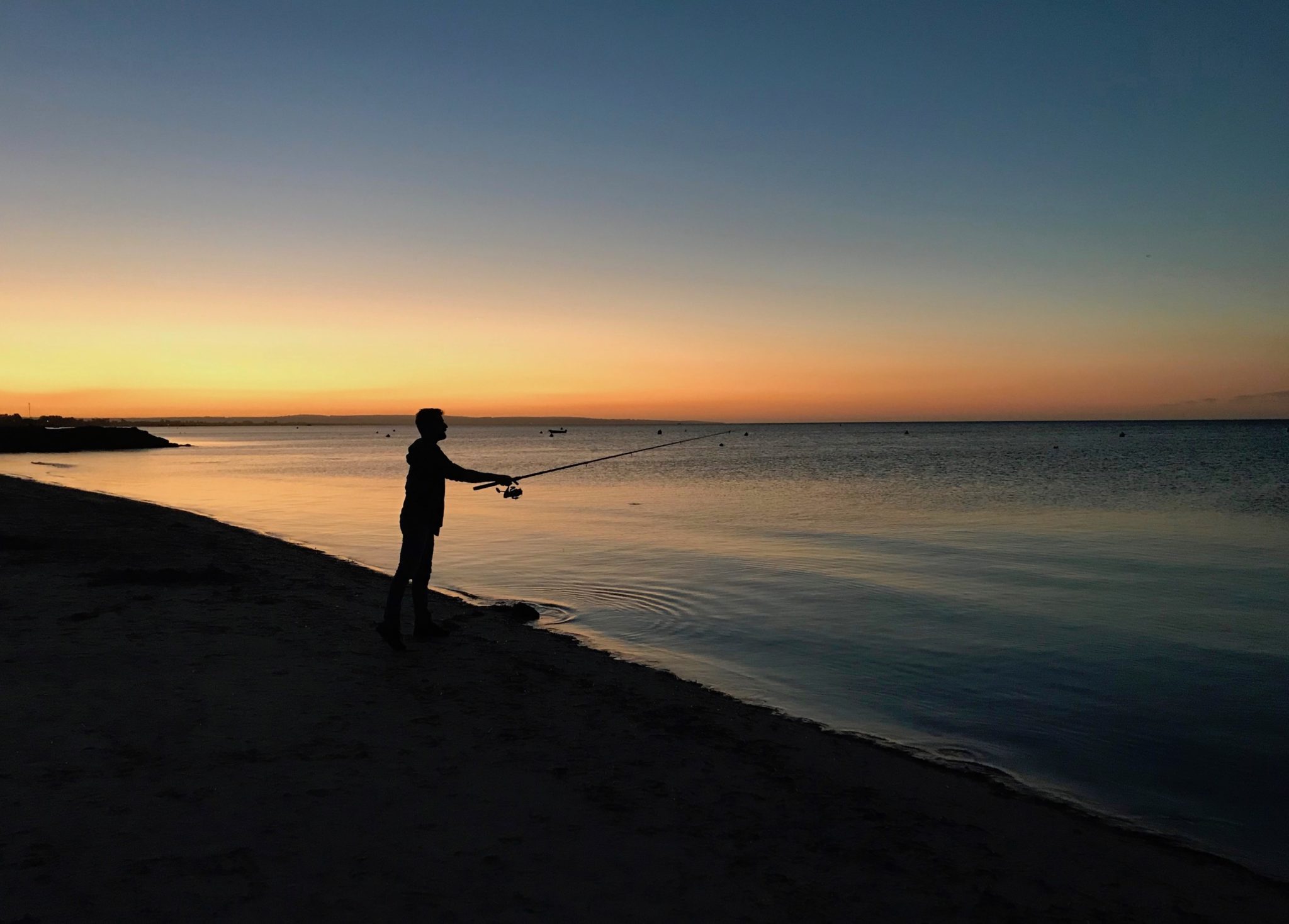 Living in Sydney, we get beautiful sunrises at Bondi beach, but due to being on the East coast, rarely a proper sunset. In WA it’s the opposite and Margaret River has the most amazing sunsets. We made the most of them, heading down to the beach at dusk to enjoy the colourful light show as the sun disappeared into the Indian Ocean. 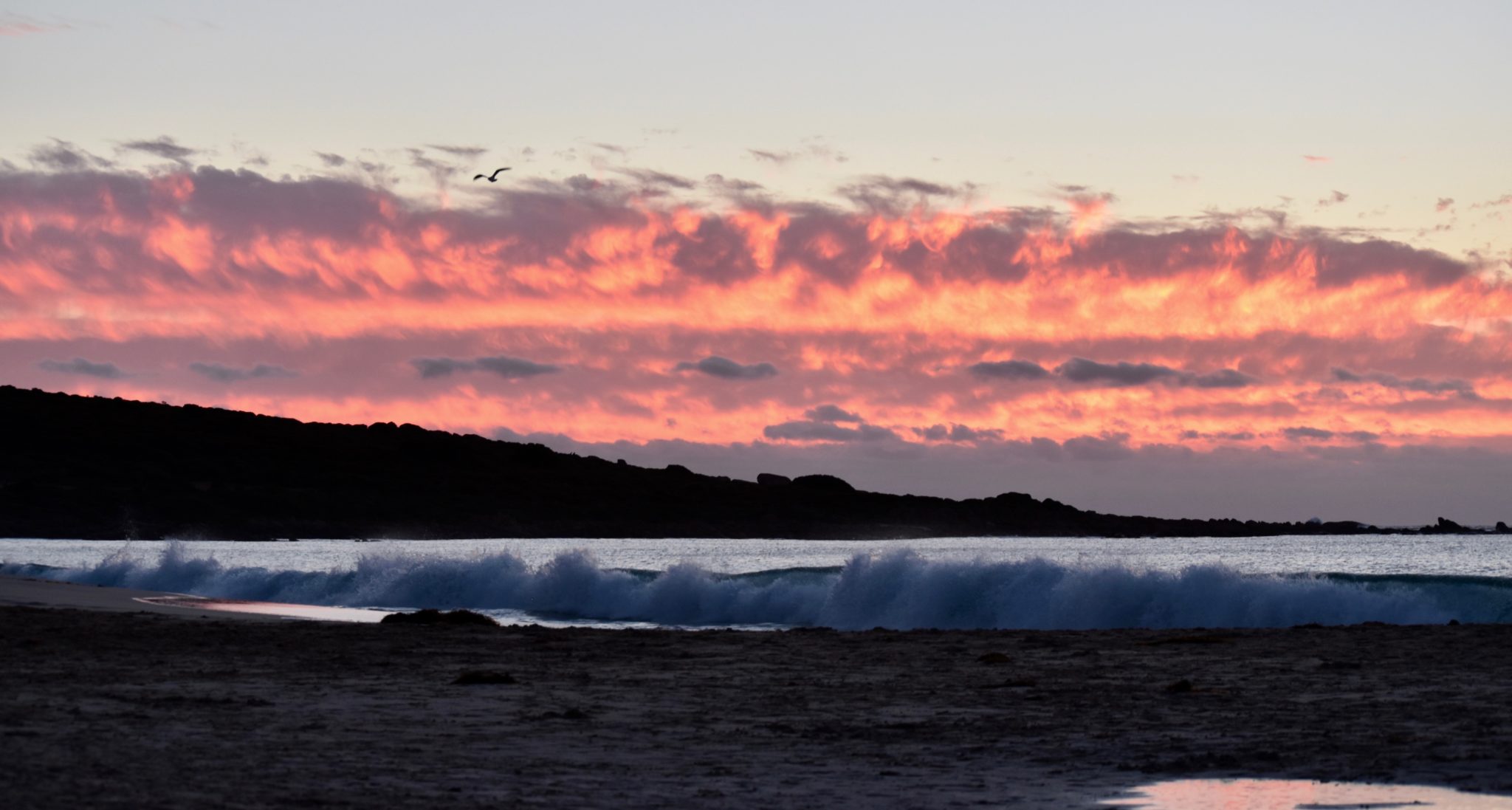 A beautiful sunset at Indijup Beach

What To Eat In Margaret River, Australia

Margaret River has great food. Make sure you check out the Margaret River Farmers Market, in the main town, for local produce including organic fruit and veg. There are also cheese producers and chocolate makers as well as the all-important wine! 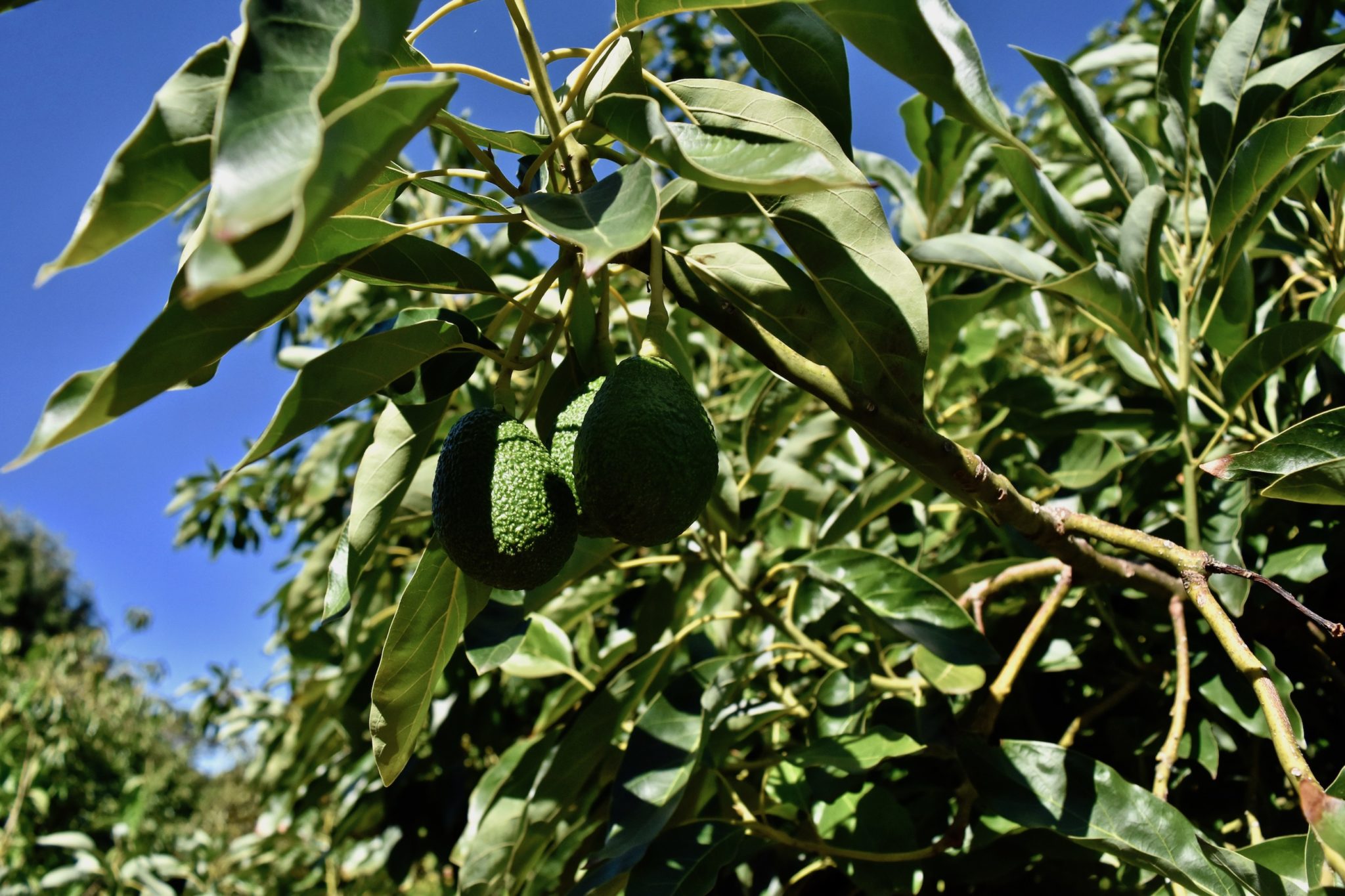 Where To Stay In Margaret River, Australia

We stayed at The Aqua Resort in Busselton, which has beautiful 1 bedroom houses starting from $340 AUD (based on a 2-night stay), this was great as we could cook our own dinner (including the fish Enrico caught from the beach a few minutes walk away! 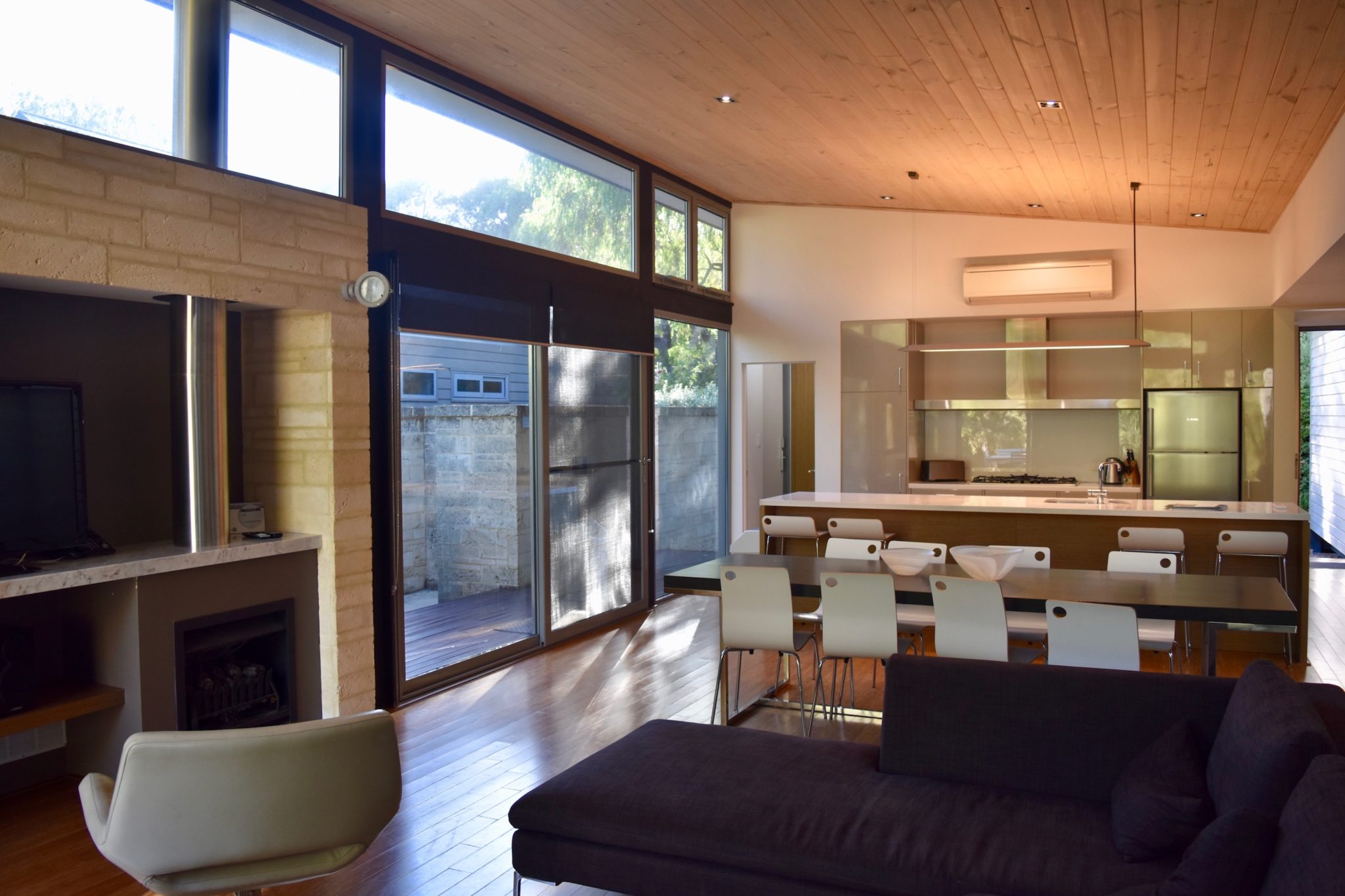 Our house at Aqua Resort in Busselton

Another good option is Burnside Organic Farm, which has 1 and 2 bedroom bungalows from $300/night for 2 people.  This includes morning farm walks, winery tours and veggies from the vegetable garden. We visited the farm to taste their wine and meet the animals and it’s a beautiful spot run by lovely couple Lara and Jamie. 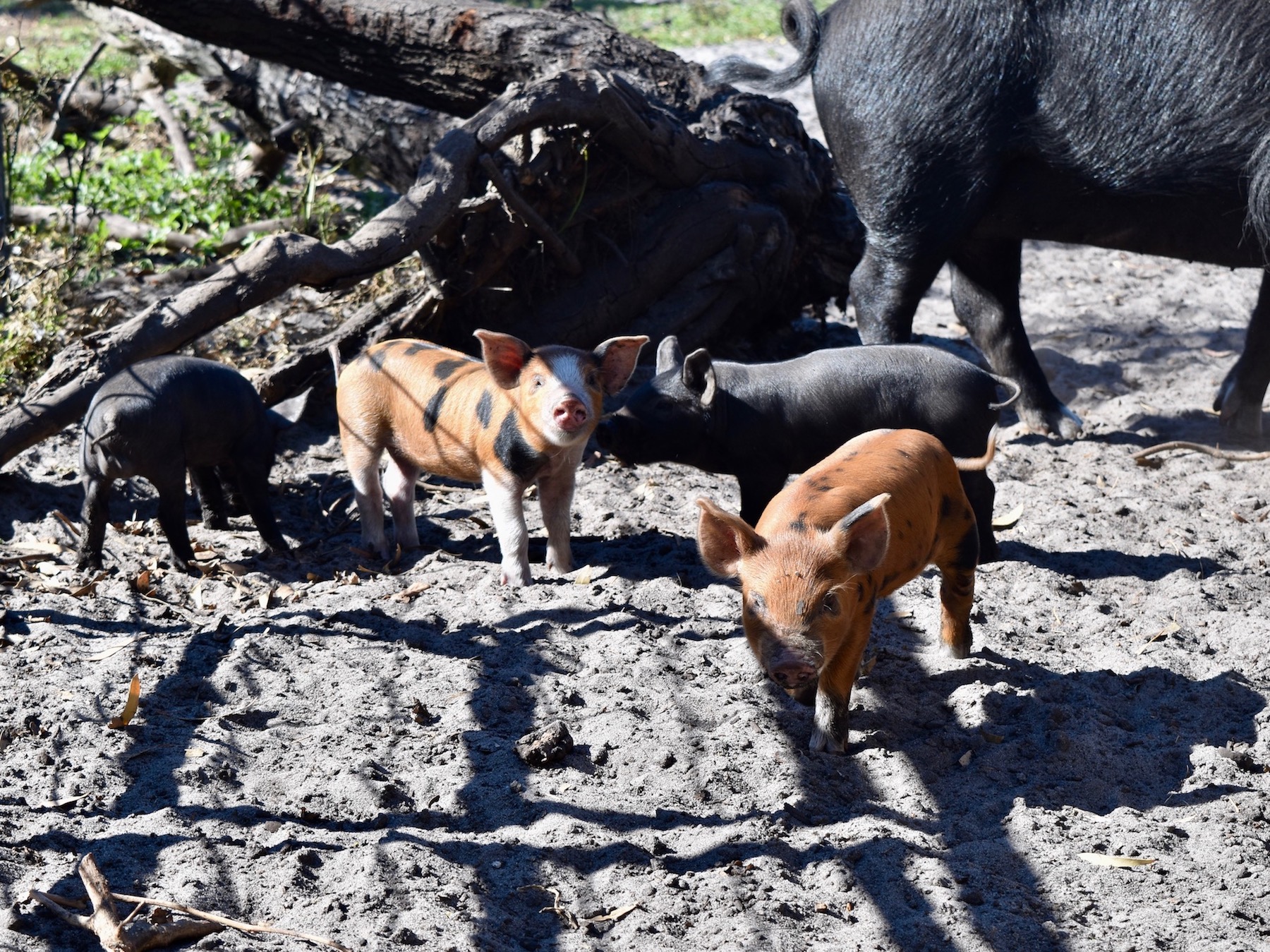 How To Get To Margaret River, Australia

Flights from London to Perth start from £600 return.

In Australia, there are direct flights from most major cities. It’s around a 5-hour flight from Sydney.

Once in Perth, drive south for approximately 3 hours and you will reach the Margaret River region.

Travelling to Australia? Check out our other Australia guides here.

Disclosure: This article contains affiliate links. This means that if you click a link and purchase something I’ve recommended, (Skyscanner or Booking.com) I’ll earn a small commission. This does not affect the price you pay and I only use affiliate links for products/brands I have experienced and recommend.

Must Eat Food In Singapore & Where To Eat It

Top Things To Do in Upolu, Samoa

Things To Do In Esperance, Western Australia

10 Essential Items To Pack For A Round...

A Weekend In The Dolomites