Our dive experts Sarah and James list their favour

This part of Sydney really reminds me of home! Fee

Hanging out at my favourite beach in Esperance wea

It's the start of a new year, which means it's tim

Heading off on a trip? Check out our tips for lif

Checking out the enormous trees from above and bel

What a year. There have of course been challenges,

3 years with my favourite adventure buddy! (And fo

Next stop on our WA Christmas road trip: Denmark a

My favourite beach so far in Esperance is Twilight

I can confirm that Esperance is as beautiful as al

I visited Northern Ireland in 2016 for the first time, spending a weekend in Belfast. I had a great time and decided I’d like to see more of the country. So I booked another flight to this lovely country. Second time around I took a Northern Ireland road trip and explored the other cities and towns, as well as the stunning countryside. 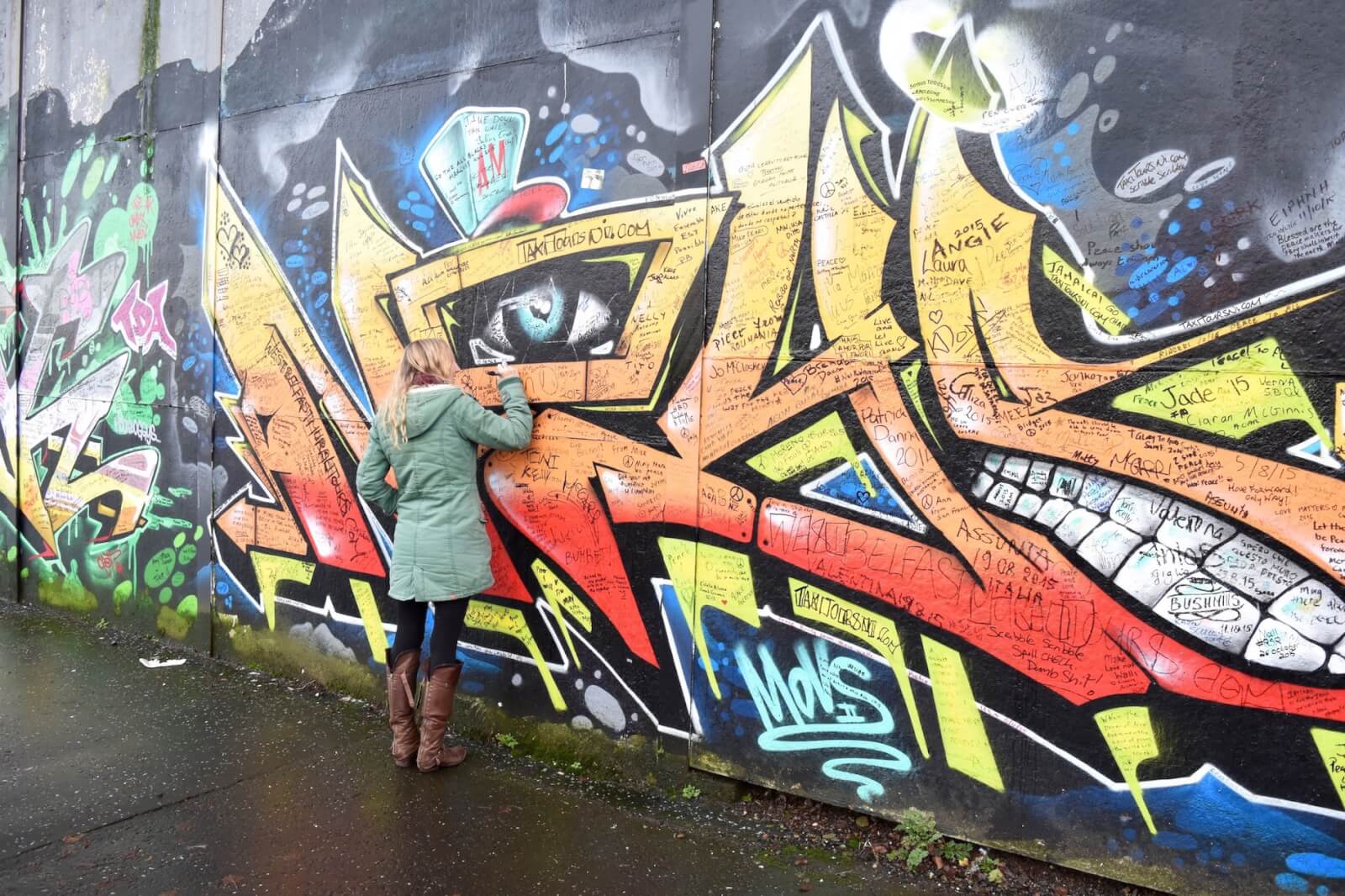 Writing on the Peace Wall in Belfast, first stop on my road trip in Northern Ireland.

I’d heard great things about the food in Northern Ireland. So I wanted to try some of the traditional foods and emerging produce, as well as checking out the restaurants and meeting some of the people behind the culinary scene.

Disclosure: This article may contain affiliate links. This means that if you click a link and purchase something I’ve recommended I’ll earn a small commission. This does not affect the price you pay and I only use affiliate links for products/brands I have experienced and recommend.

Landing in Belfast, I picked up a hire car and headed straight out of the city. My route would take me through all six of the Northern Ireland counties over five days.

Armagh is also known as the Orchard of Ireland, due to the volume of apples grown there. More than 4000 acres are covered by orchards! My first stop was Long Meadow Farm, a family run orchard that has been growing apples for three generations and recently made the move into cider production. Pat McKeever and his son Peter produce 3 different ciders, as well as juices and apple vinegar. While the farm isn’t a well-known tourist stop, Pat is very happy to receive visitors and is planning to build a visitors centre next year.

Pat showed me around the farm and explained how the cider is produced. As I was driving I wasn’t able to try the cider on site – but Pat gave me some to try later that day and it was delicious!

Close to Long Meadow is the city of Armagh, the ecclesiastical capital of Ireland. I stopped off here for a little wander around. Armagh has a number of museums and the beautiful Palace Demense Park, which is a great spot to stretch your legs before the drive to the next county on the Northern Ireland road trip!

Bordering Armagh is county Fermanagh, home to Lough Erne (pronounced ‘lokh airn’). Lough Erne is made up of two lakes (upper and lower), which are technically part of the river Erne and flow into the Atlantic. The town of Enniskillen separates the lakes and they contain hundreds of tiny islands.

On the upper lake is Lough Erne Resort, one of Northern Irelands most well-known hotels. The resort has two impressive golf courses and is set in stunning grounds overlooking the lough.

Even if you don’t stay here, it’s worth stopping by for a meal at the restaurant – Catalina. Head chef Noel McMeel is a bit of a local celebrity, having appeared on Masterchef, as well as cooking the wedding banquet for Sir Paul McCartney. The food is all locally sourced and incredibly tasty.

A great way to explore the lough is by boat. I took a tour with Erne Water Taxi. The tour, run by Barry Flanagan, stops at a number of islands to explore ancient castles and monastic sites and also includes an impressive picnic. Barry sources all the food from local suppliers and this changes depending on the season, but mine included black pudding, bacon, steak, cheese, 3 different breads and beer. It was delicious!

From here I drove up along the border through County Tyrone to the walled city of Derry, the only remaining completely walled city in Ireland. Derry has a complicated history but is now a thriving city with a great food scene. To understand what the people have been through, it’s worth taking a city tour, which will give you an overview of the last 1500 years. To learn even more about the city, head to the Tower Museum, which contains two exhibitions; The Story of Derry and the Armada shipwreck – La Trinidad Valencera, which sunk in Kinnego Bay, Donegal in 1588. Close to the museum is the Guildhall, which is free to enter and contains some spectacular stain glass windows.

Derry has plenty of great places for lunch, including the Legenderry Warehouse No.1, which is also an art gallery and Pyke’n’Pommes. It’s also home to the Walled City Brewery, a bar, restaurant (and brewery) on the Waterside of the River Foyle, and offers tours and beer of course! Even if you don’t stop for a drink, it’s worth heading over the bridge as the views of the old walled city are wonderful.

Next on the route was the Causeway Coast. This was one of my favourite parts of the trip, and the drive is incredibly picturesque. I headed to Downhill, a tiny village with a spectacular beach known as Downhill Strand. It was one of the filming locations for Game of Thrones and is recognisable from Mussenden Temple on the hills to the east. You can visit the temple for free, along with Downhill Demense, which was once an impressive mansion and is now in ruins on the cliff top.

Inland and uphill from Downhill is Gortmore Viewpoint, which offers incredible views along the coast. On a clear day you can even see Scotland! A sculpture of Manannan Mac Lir, (an Irish sea God) marks the look-out. 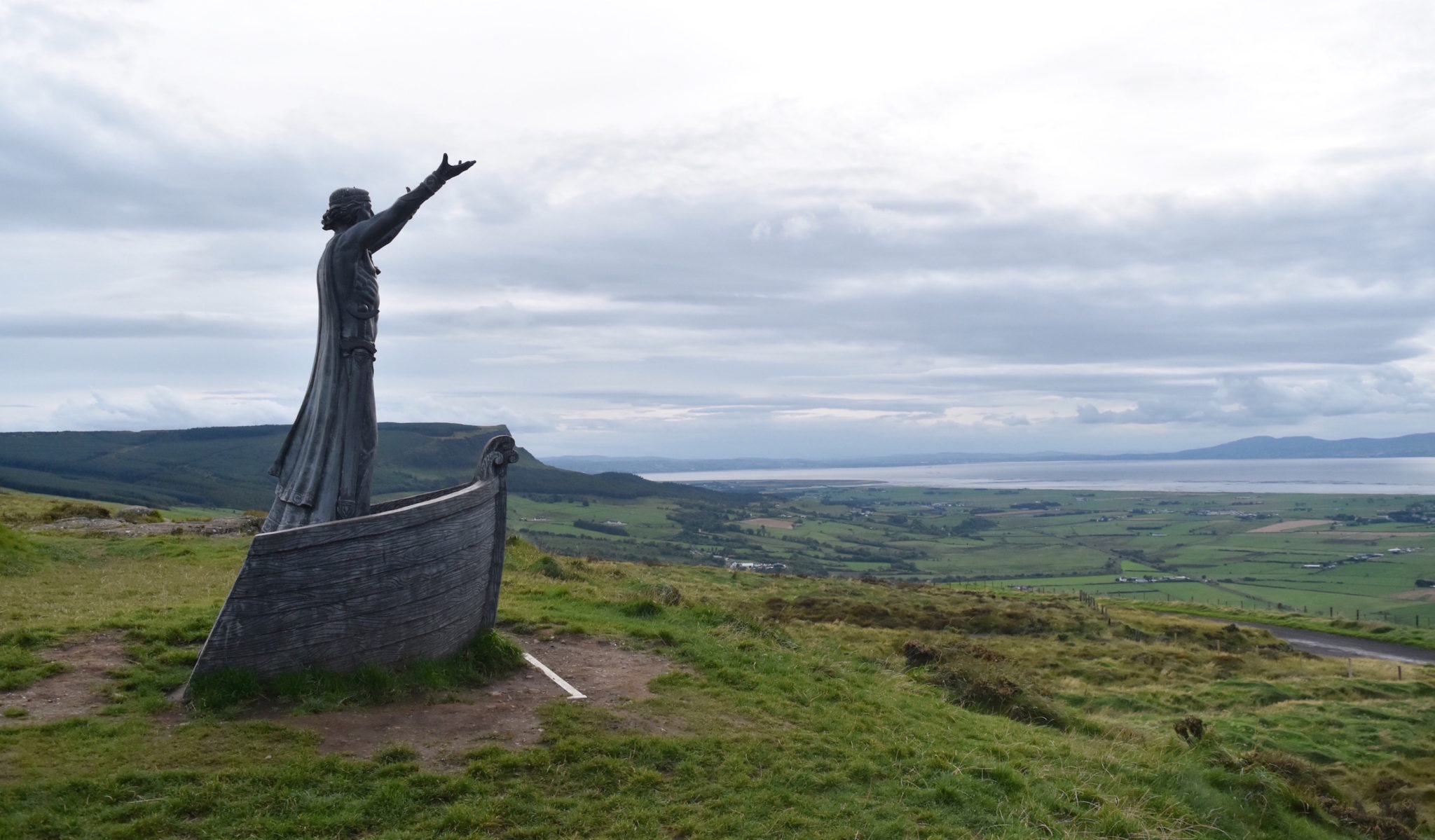 I spent the night in the town of Portstewart, which also has an impressive beach and is a popular place for surfers. On the beach is seafood restaurant Harry’s Shack – which I would definitely recommend. All the seafood is locally caught and expertly cooked. Watching the sunset on the beach from the shack with a delicious dinner was a lovely way to spend an evening! 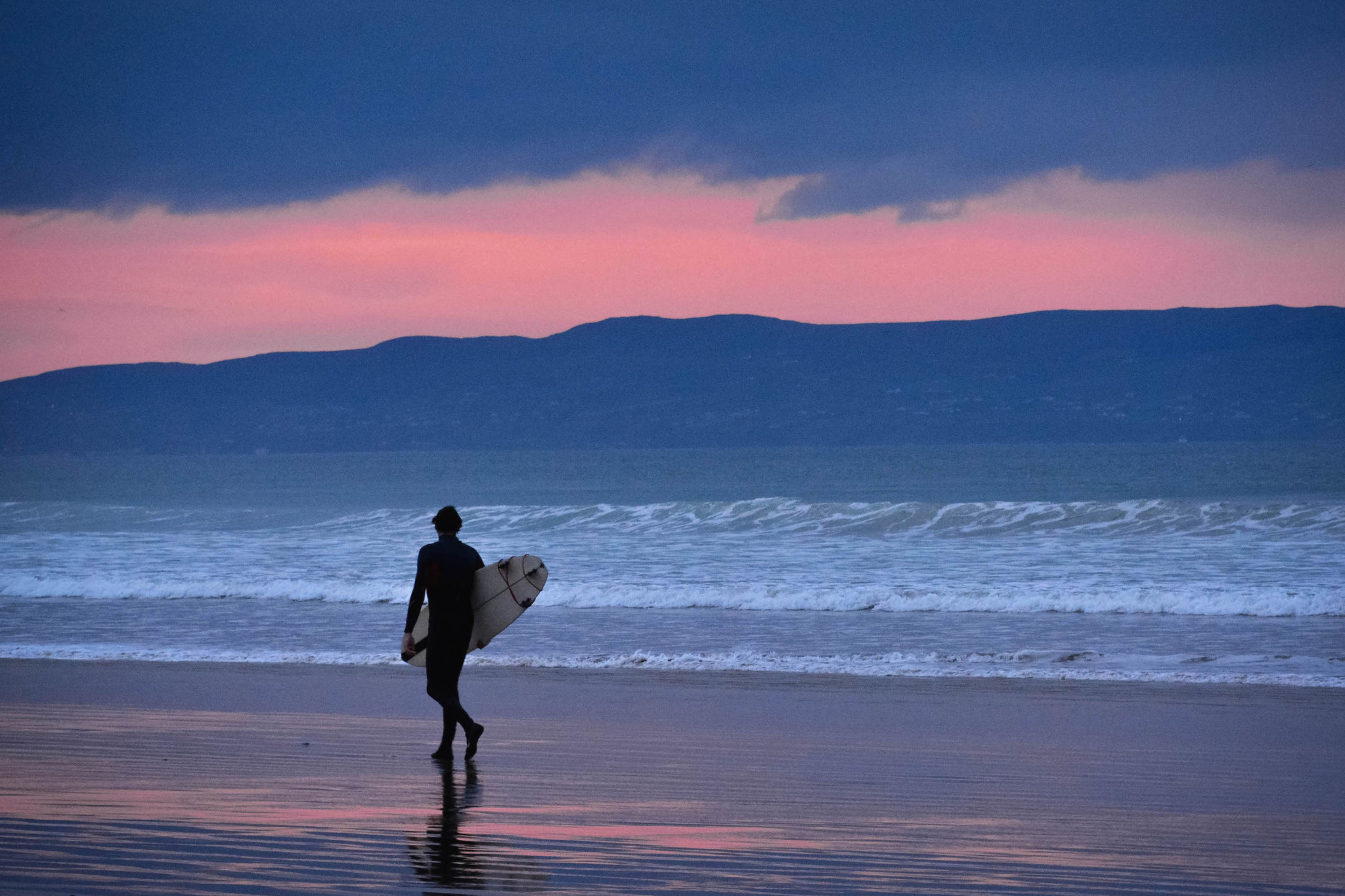 The next day, I was up early and headed to Portrush for a ‘Catch and Sea’ boat trip with Causeway Coast Foodie Tours. We sailed out of the harbour on the Causeway Lass and watched the sun rise over the coast, stopping to fish along the way.

We caught Whiting, Mackerel and Coalfish while enjoying some locally made bread as an early morning snack. Once back on land, we went to local café Babuska, to eat our catch. Chef George Nelson, cooked the fish and served them on toast with a poached egg, bacon, smoked salt and smoked dulse (seaweed). All the products were locally sourced and it was delicious.

Not far from Portrush is Bushmills, home to the famous Bushmills Whiskey Distillery. Bushmills is thought to be the oldest distillery in the world and has been making Whiskey since 1608. I took a tour of the distillery, which explains how Whiskey is made and ends with some Whiskey tasting.

One of Northern Ireland’s most well-known attractions is the Giant’s Causeway. This World Heritage Site is a short drive from Bushmills and a must stop on a Northern Ireland road trip. It’s very popular, so expect lots of people and coaches full of tourists. Wear shoes with good grip as the rocks can be slippery, especially in wet weather. 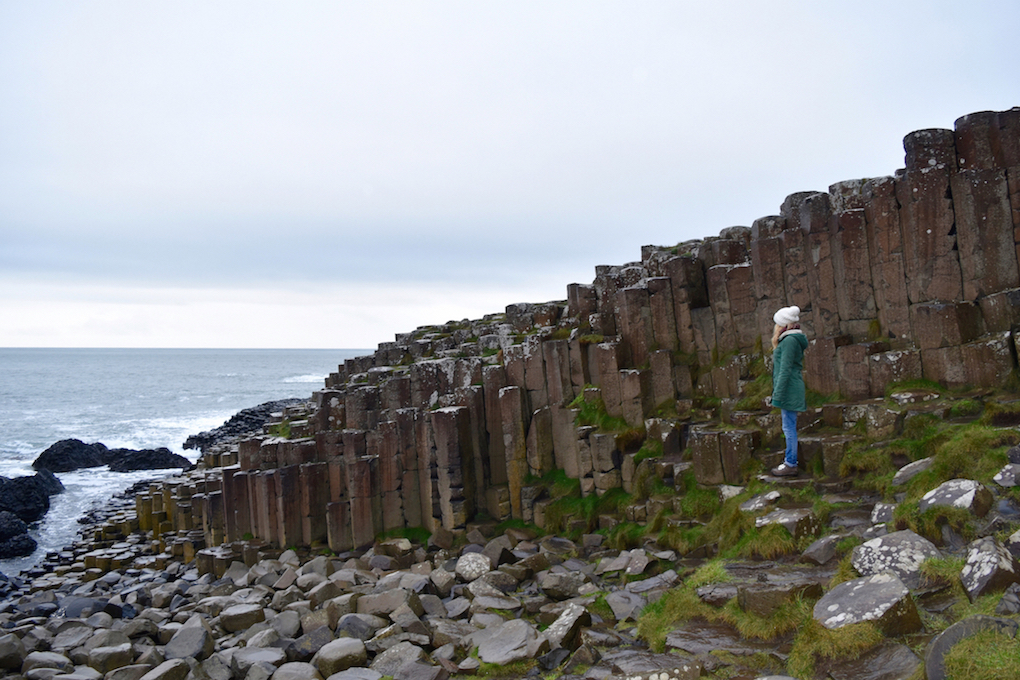 Ballintoy is next on the coastal route and is the filming location of the Iron Islands from Game of Thrones. It’s a quick stop for a wander around the harbour and some pretty rock pools. 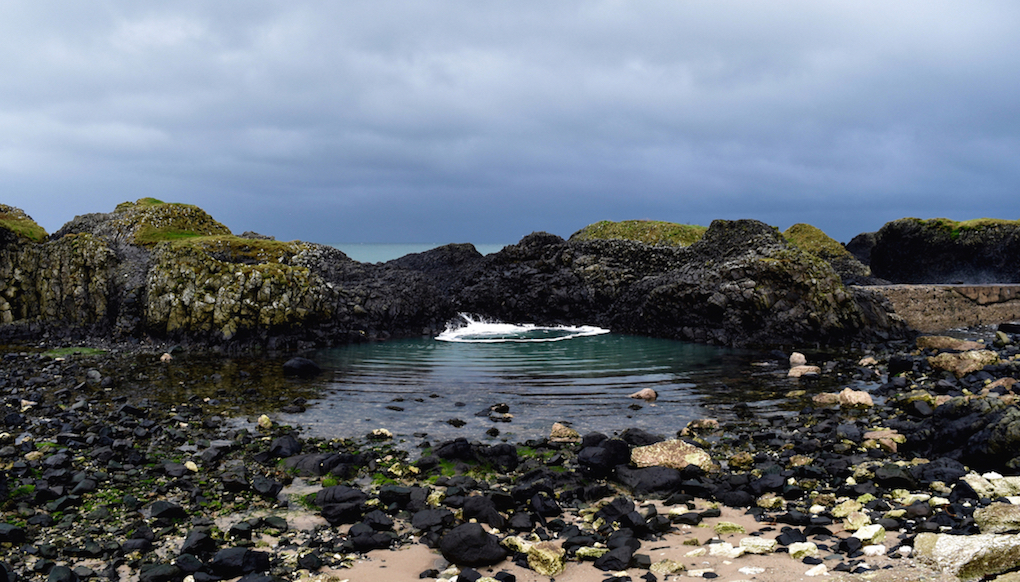 Another iconic landmark is the Carrick–a–Rede Bridge. A rope bridge dating back to 1755! It’s a beautiful spot, especially on a sunny day. Unfortunately, both times I’ve visited it’s been very windy with torrential rain, making it slightly more wobbly when crossing the bridge!

From here you have two choices, follow the coast back round to Belfast, or head inland. I chose the latter and drove to the Dark Hedges, a tree-lined street which has become one of the most photographed spots in Northern Ireland and has also been used as a filming location in Game of Thrones.

I was looking forward to spending some more time in Belfast, as I had enjoyed it so much the first time around. This time I stayed in the famous Europa Hotel – the most bombed hotel in Europe! It’s a gorgeous hotel and I was lucky enough to be staying in a suite. The hotel has had some famous guests over the years including Sir Bob Geldof, Bill Clinton and Lionel Richie. 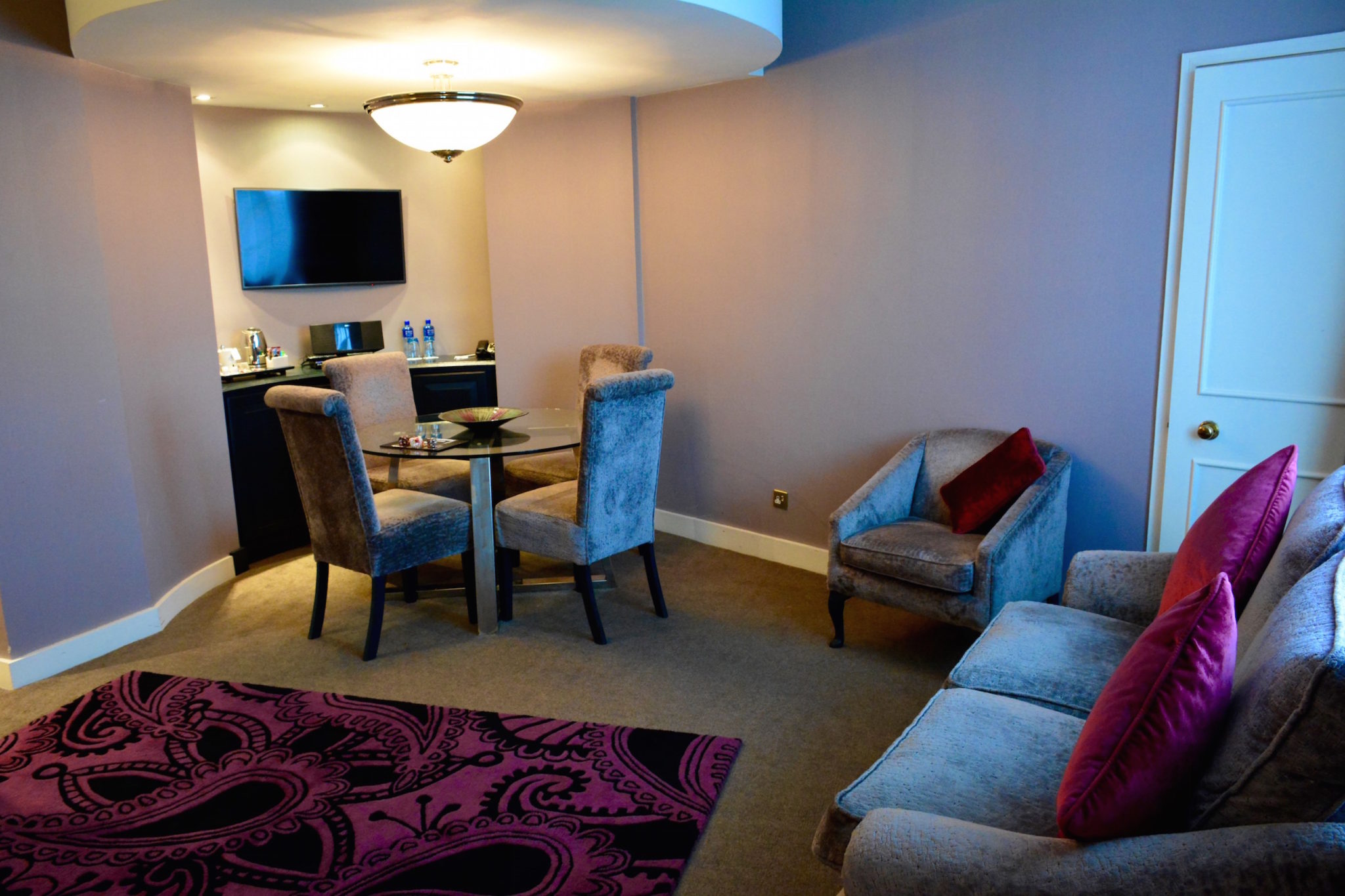 My suite in the Europa Hotel

Belfast has some excellent restaurants and plenty of things to do, which you can read about in my city guide here. This was to be a fairly short stay in the city for me, and I headed out for dinner to Ox. 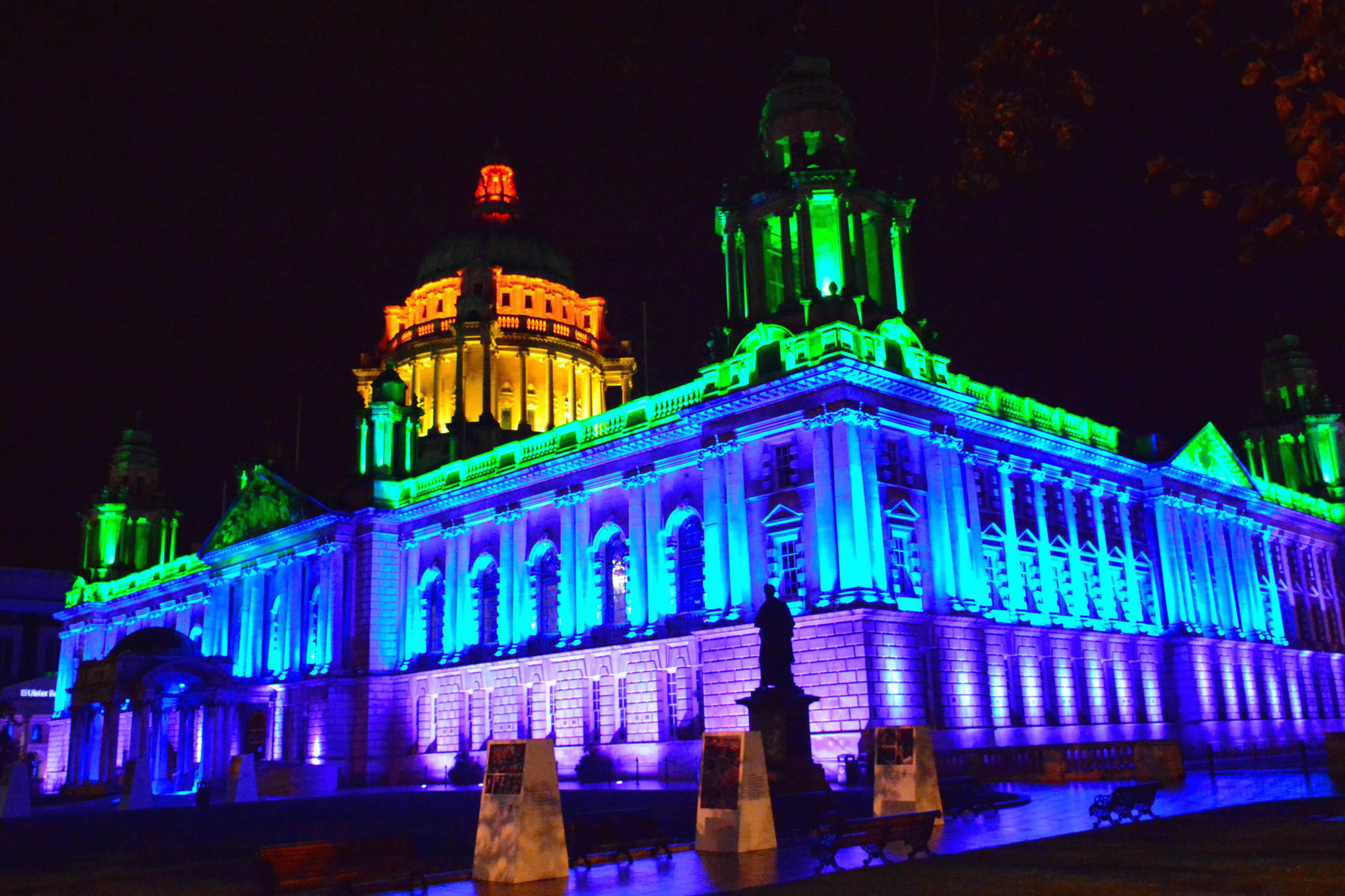 Ox is one of two Michelin star restaurants in Belfast and has an incredible tasting menu with wine pairing which I was very excited to try. The food is seasonal and all locally sourced and I have to say it one was of the best meals I’ve had. The food combinations were unusual and delicious and the wines to match were wonderful.

Belfast to County Down – Day 4

I left Belfast early the next morning for the final destination of the Northern Ireland road trip: County Down. The scenery here is incredibly beautiful and I drove along the gorgeous Strandford Lough to meet Tracey – owner of NI Food Tours. Tracey runs a variety of tours across the county, working with local producers and suppliers. I spent the morning at her house learning to make bread with Irish bread expert Fred. He taught me how to make potato bread, soda bread and pancakes.

Then we headed into Killyleagh, a lovely little town on the lough to try some cider. Kilmegan Cider is brewed by a husband and wife team in the beautiful Mournes Mountains of County Down. Tracey offers tours to the brewery, but I was sampling the cider in The Dufferin Arms, along with some delicious local cheese. Killyleagh is also home to the annual Hans Sloane Chocolate & Fine Food Festival, which happened to be on the weekend I was there, held in the grounds of Killyleagh Castle.

The next stop of the Northern Ireland road trip was Killough Bay. Here we met French oyster farmer Patrice Bonnargent and his son Luc, who own Killough Oyster Ltd. Patrice took us on his tractor to see where the oysters are farmed and then back to his small factory where the oysters are treated (to kill off any bacteria). This was actually my first experience of tasting oysters, so I don’t have a lot to compare them to, but they were very nice! Patrice supplies oysters and mussels to restaurants across Europe.

Spend a full day in Belfast before you leave Northern Ireland (or more if you have time!). There is plenty to do here, including a visit to Titanic Belfast and a Black Taxi Tour. Read the full Belfast city guide here. 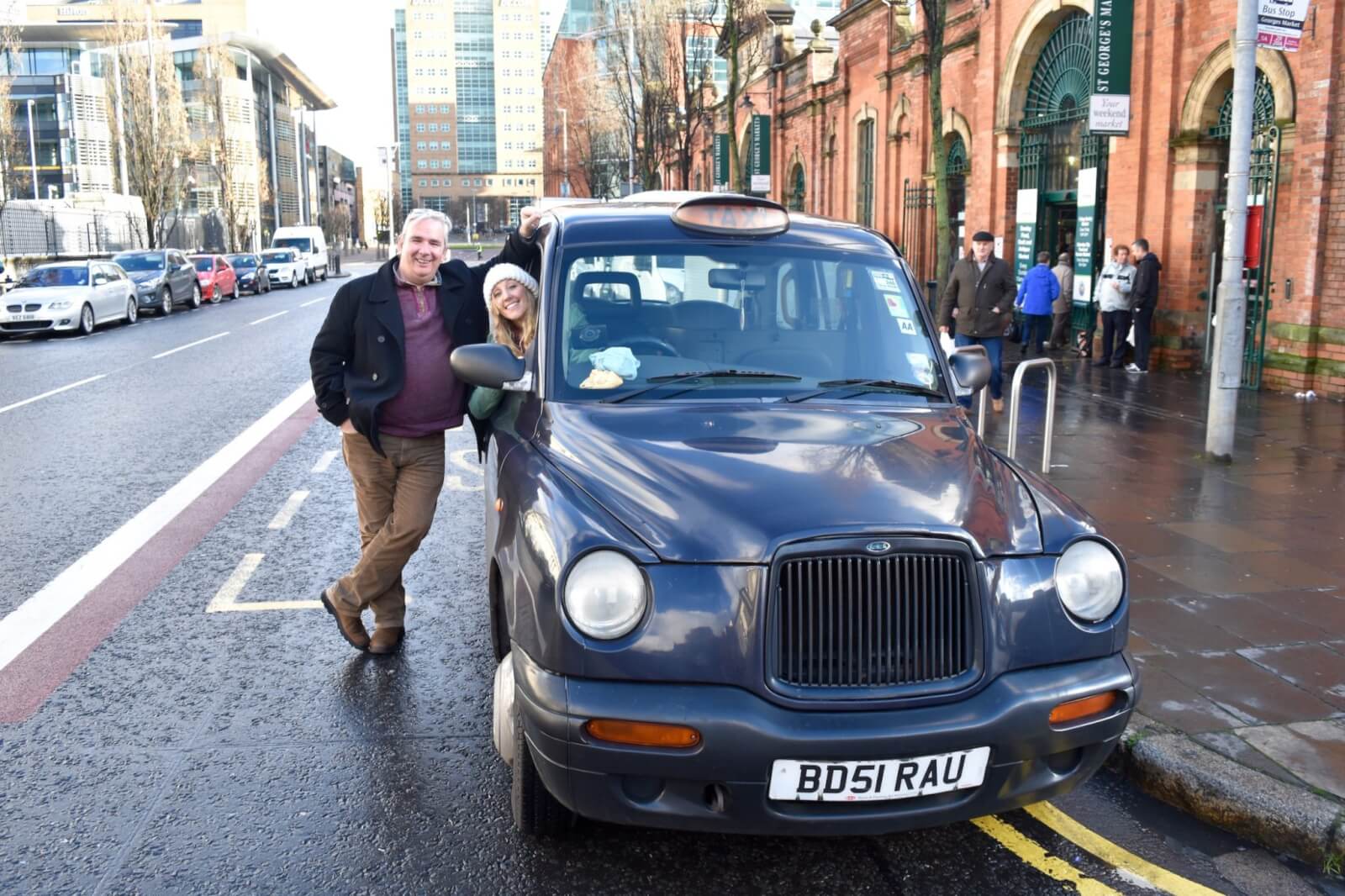 It was a great five day Northern Ireland road trip with some amazing food and gorgeous scenery. If you have the time, I would recommend taking a week to drive the route for a more relaxed trip. Second time around I love Northern Ireland even more than the first and will definitely be back.

Thanks to Tourism Ireland for hosting A Lovely Planet on the perfect Northern Ireland road trip.

Travelling to Northern Ireland? Check out our guide to Belfast.