Our dive experts Sarah and James list their favour

This part of Sydney really reminds me of home! Fee

Hanging out at my favourite beach in Esperance wea

It's the start of a new year, which means it's tim

Heading off on a trip? Check out our tips for lif

Checking out the enormous trees from above and bel

What a year. There have of course been challenges,

3 years with my favourite adventure buddy! (And fo

Next stop on our WA Christmas road trip: Denmark a

My favourite beach so far in Esperance is Twilight

I can confirm that Esperance is as beautiful as al

Berlin is definitely one of the coolest cities I have ever visited. There aren’t many cities that have been through so much in the last century, and its crazy to think that the Berlin Wall only came down 25 years ago. What has emerged is a vibrant city, full of friendly open-minded people, great food, interesting shops and spontaneous nightlife. 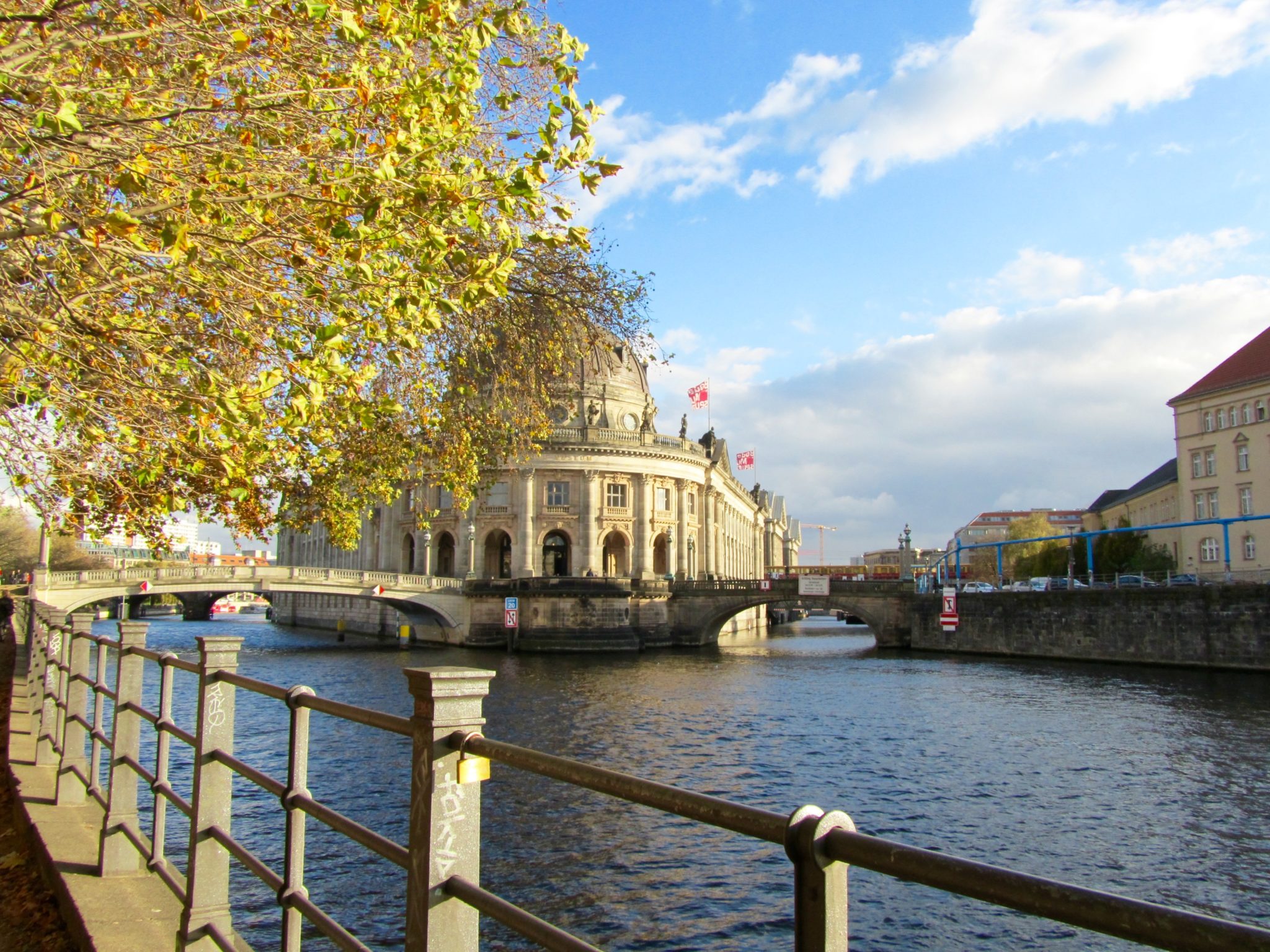 How To Get There

Berlin has 2 airports – Tegel and Schönefeld. 6 airlines fly there from London, with around 80 flights a week and you can often get return flights for under £50. From both airports, it is around 30 minutes into the city, by bus/train for around 3 euro. Alternatively, Berlin taxis are relatively cheap in comparison to most other Western European cities.

Disclosure: This article may contain affiliate links. This means that if you click a link and purchase something I’ve recommended I’ll earn a small commission. This does not affect the price you pay and I only use affiliate links for products/brands I have experienced and recommend. 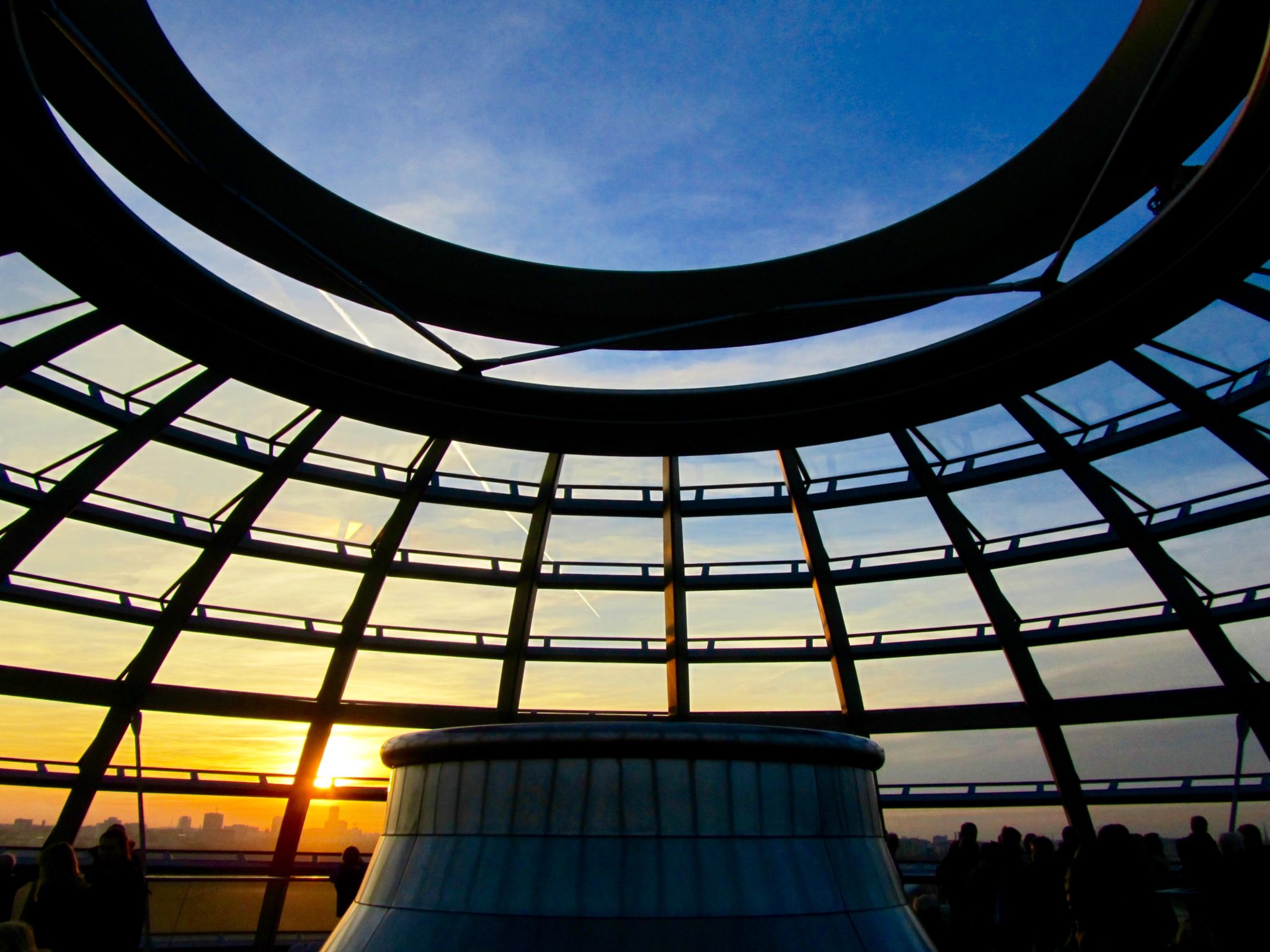 Inside the Reichstag Building at Sunset

There are so many things to do in Berlin, you can easily fill a week and still have things left to do, but my recommendations are: 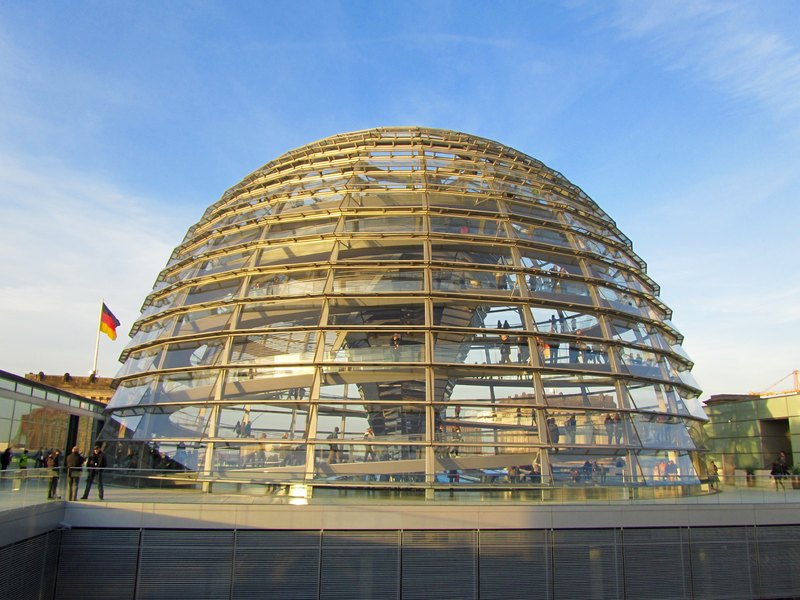 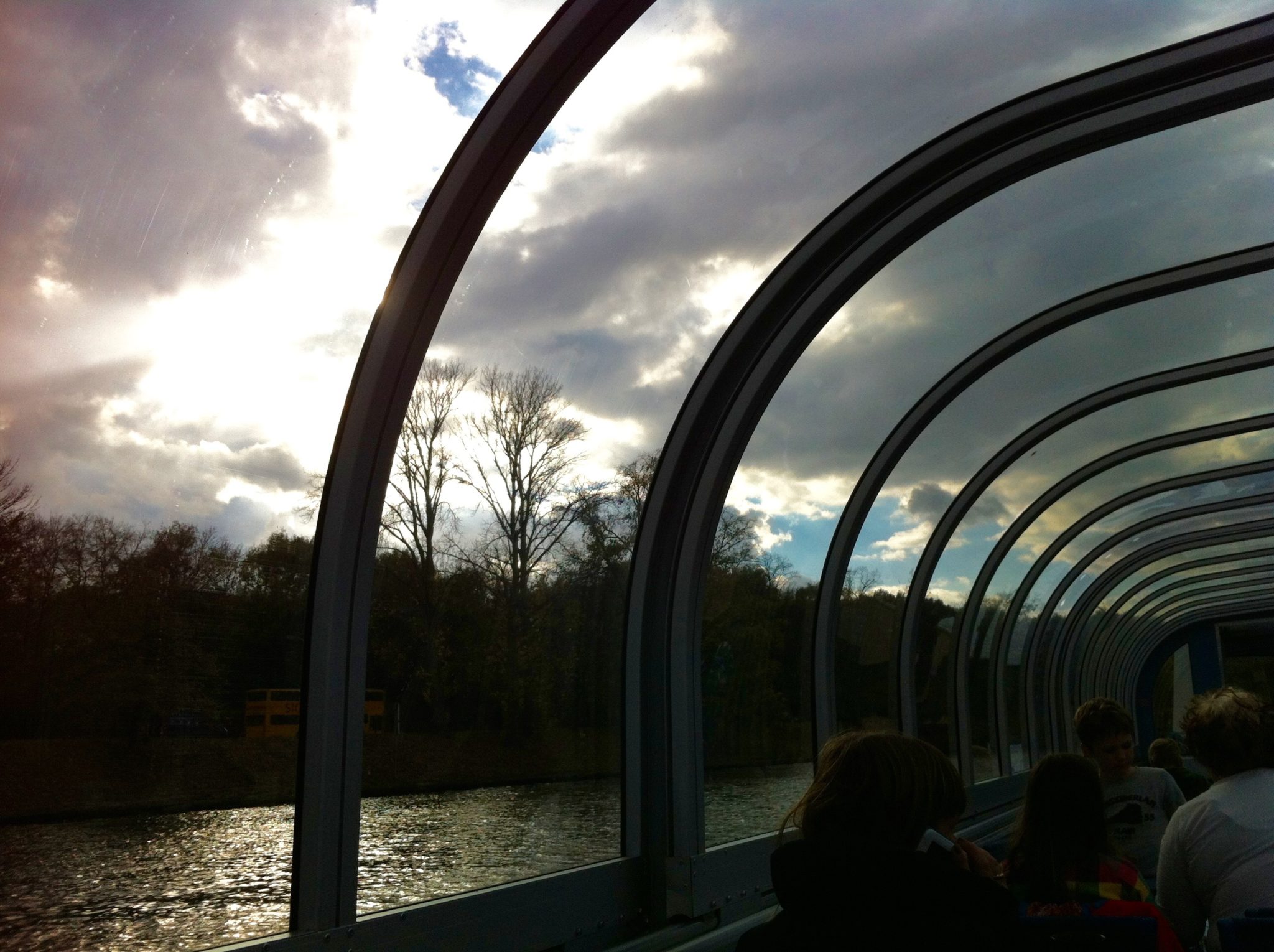 Taking a boat trip on the river Spree

Mitte is a good area to stay for proximity to all the main attractions. I also love Friedrichshain and Kreuzberg which both have great nightlife. My favourite hotel is Michel Berger, it has to be one of the best places I’ve ever stayed. There is a very quirky theme throughout the hotel – from the rooms to the TV’s all around the hotel playing The Big Lebowski on loop. And not to mention the great bar/lounge area, where they sell their own spirits. 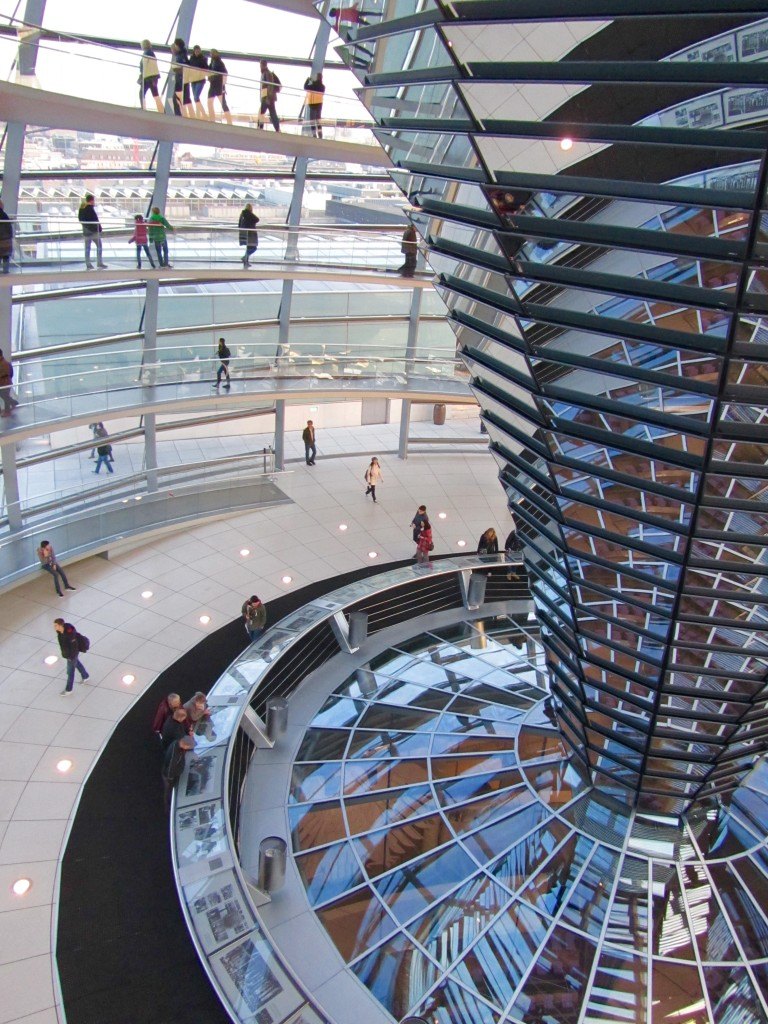 Inside the Reichstag Building

If you can, allow yourself an evening without any plans and go for a wander. You are sure to stumble across great bars and restaurants, meet friendly Berliners and really get into the spirit of the city. 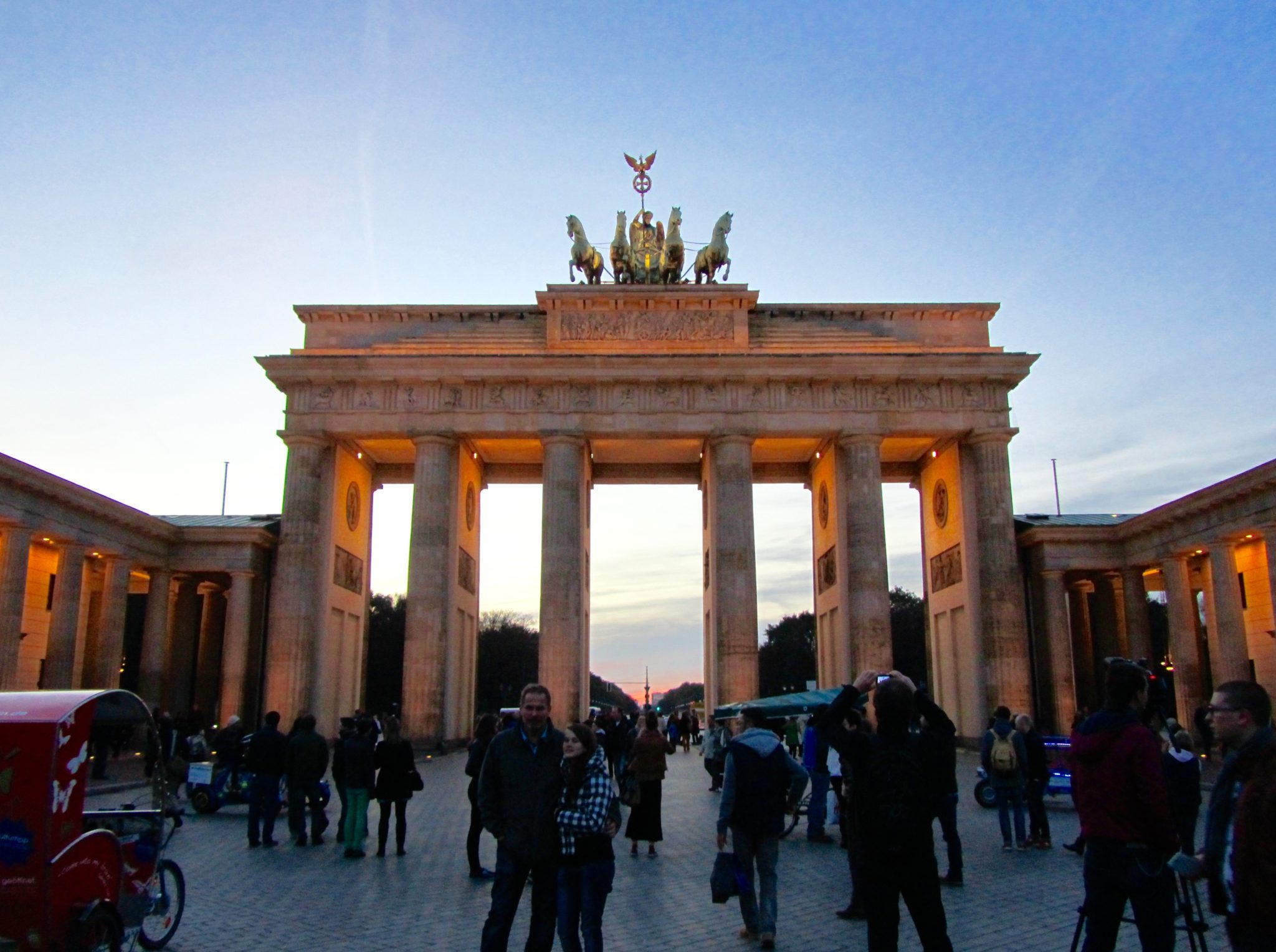