Oslo is a notoriously expensive city, which can make eating out a costly experience. On a recent visit I was trying to keep my spending to a minimum, but still wanted to experience the culinary scene Oslo has to offer. After a little research, I stumbled across Funky Fresh Foods, and decided to book a table during the trip. I liked the ethos of healthy, sustainable and environmentally friendly food.

It is situated in The Norwegian Centre for Design and Architecture, next to the Akerselva river, a trendy part of town not far from the Rockerfella Music Venue. This worked out perfectly as we were headed to a gig there on the Sunday night. 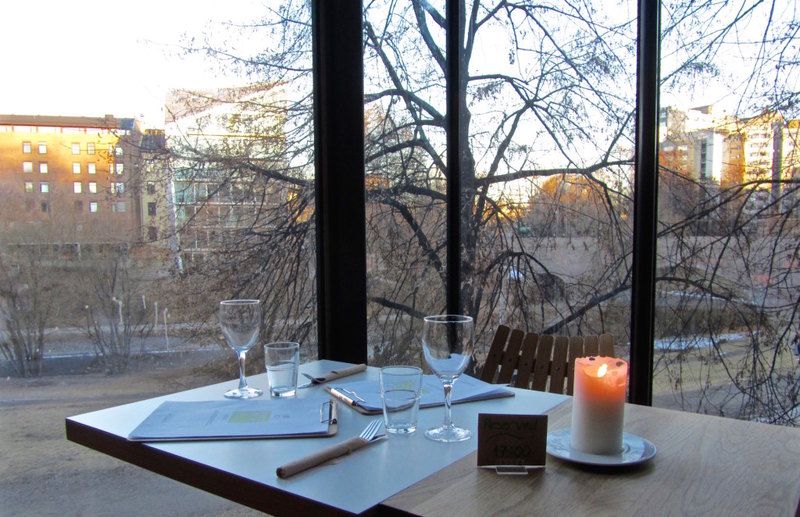 Upon arrival we were shown to our table, which was in an atrium overlooking the river and park, the sun was still up and it was a lovely setting. We were given water with fresh mint and strawberry’s, which I loved and were left to peruse the menu. 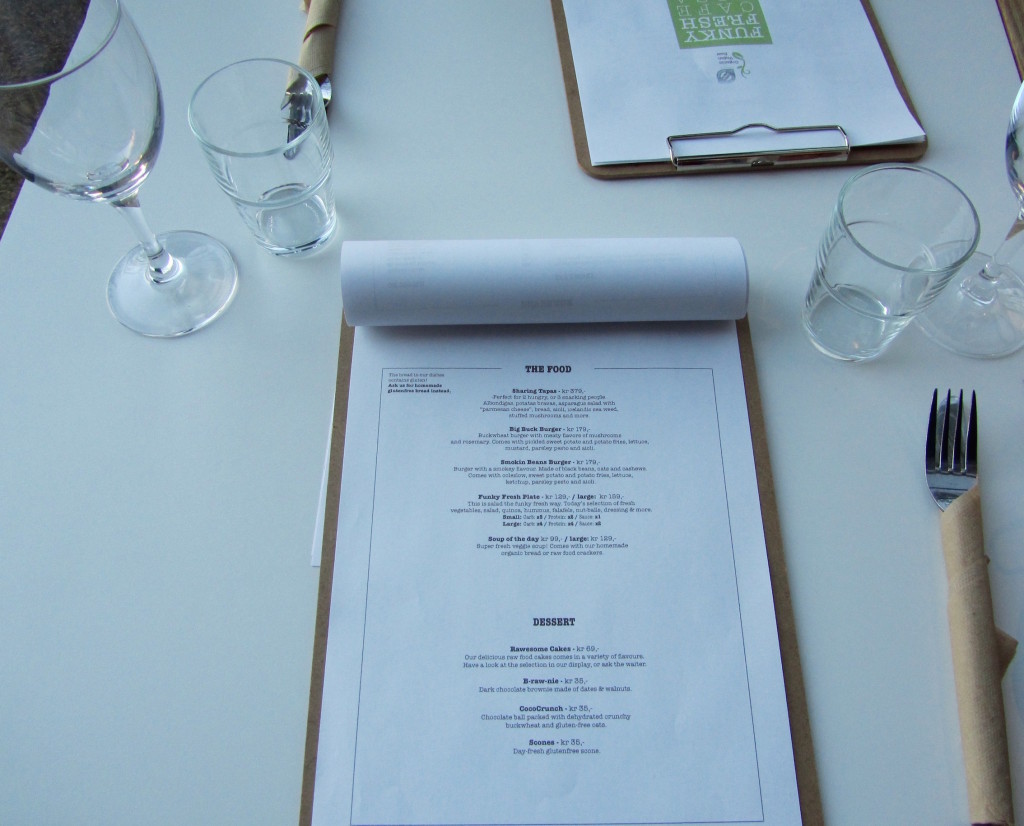 Funky Fresh Foods is a vegan restaurant/café, and prides itself on the fact that more than 50% of it’s produce and meals are organic. I’m not a vegan or even vegetarian, however I enjoy veggie food and the menu looked great.

We opted to share two dishes, the ‘Smokin’ Bean Burger’ with sweet potato fries and a ‘Funky Fresh Plate’. As well as two glasses of Organic Chardonnay. 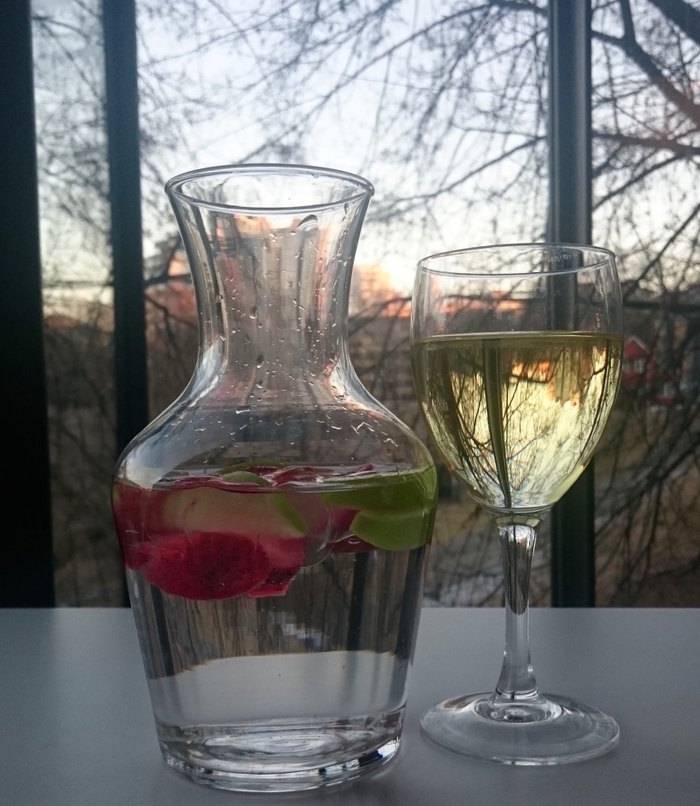 While we were waiting for our order, I had a little wander around the restaurant. As well serving food, Funky Fresh Foods also sell a variety of products including cosmetics, cleaning products and food to cook at home. All of this is, where possible organic and/or eco friendly. They also serve some amazing raw and gluten free cakes, making it a great place to pop in for a coffee and a snack. 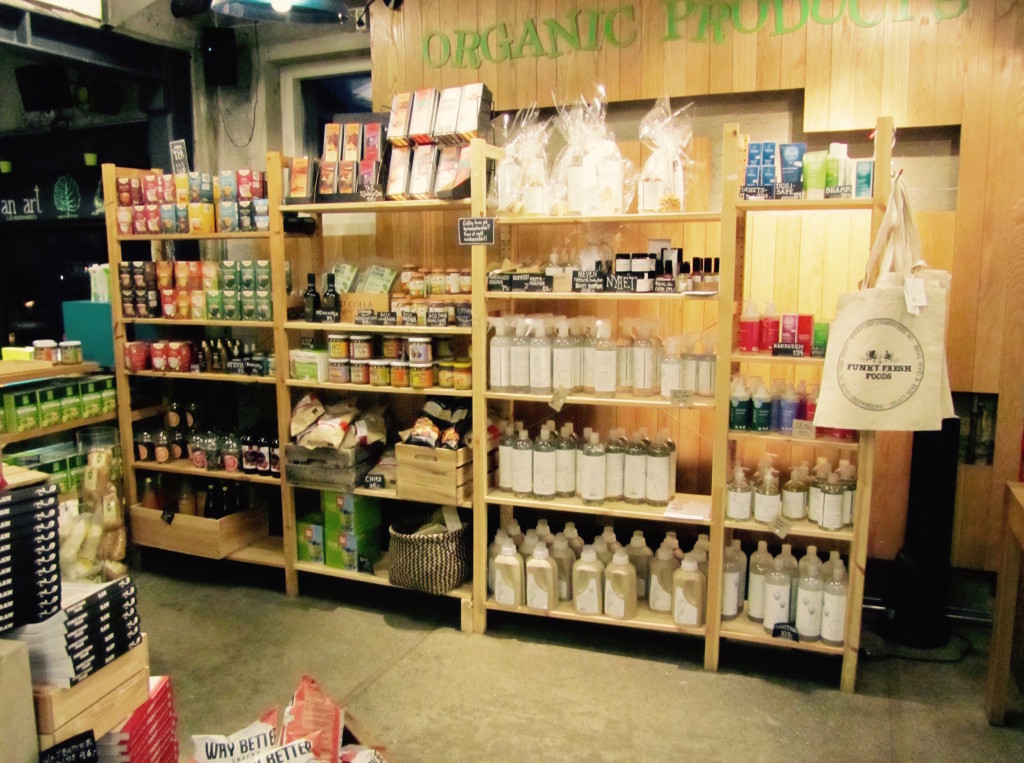 Being housed within the The Norwegian Centre for Design and Architecture, meant there were interesting paintings and sculptures dotted around, and even going to the bathroom was a bit of an experience. It was a metal bunker, that you needed a code to access, with graffiti covered walls on the inside.

When the food arrived, I was very impressed. The presentation was fantastic and the food looked delicious. The Funky Fresh Plate included four different salads, as well as nut butters, pesto, falafel and hummus. Everything was really fresh and the produce was clearly very high quality. It tasted great. The bean burger was also equally good and came with a delicious vegan aioli (although I would never have known it was vegan). 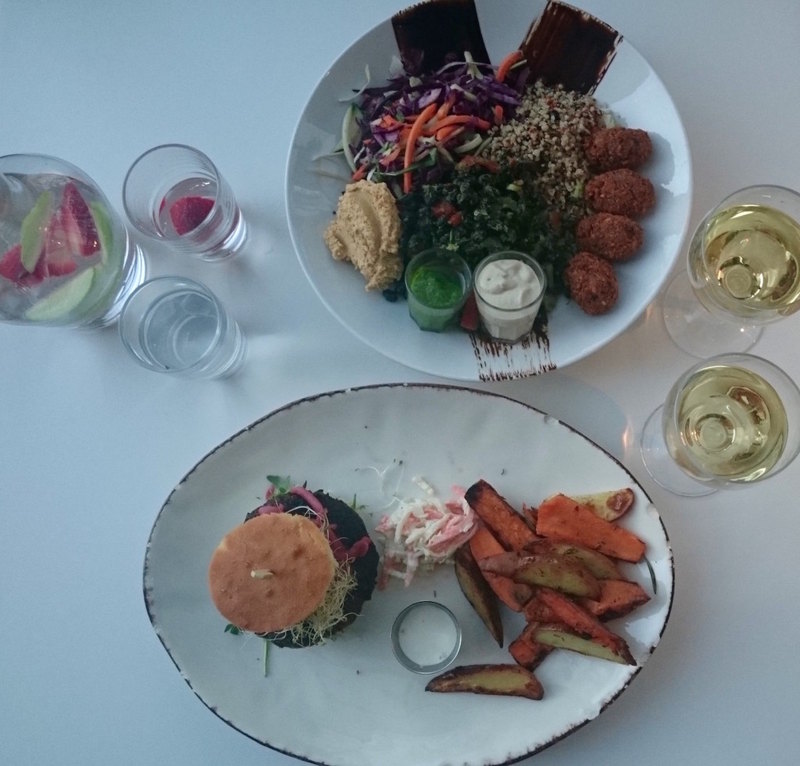 We had planned to sample some of the cakes after the meal, but we were both full from the food, as the portions were a really good size. So sadly couldn’t fit one in. So we enjoyed the rest of the wine, and the river view before heading off to the gig.

In an expensive city, Funky Fresh Foods felt like good value for money. While it isn’t cheap, the food is such high quality, well presented and tasty, that it was totally worth the money. 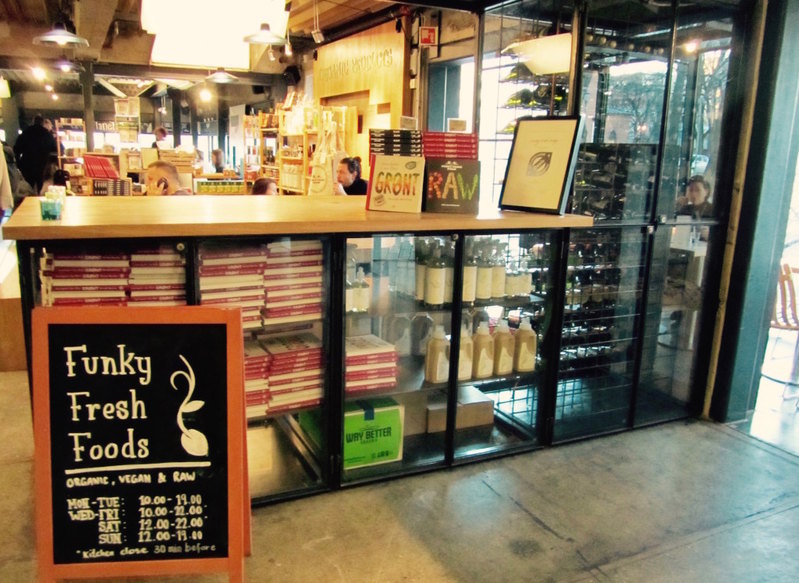 Thank you to Funky Fresh Foods for hosting A Lovely Planet in Oslo.